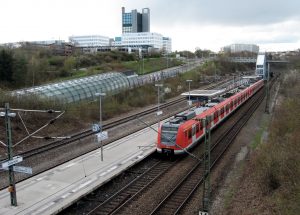 The European Commission has approved a EUR 200 million state aid to support Germany’s rail interoperability project in the area of Stuttgart. The scheme allows to equip the vehicles with both ERTMS and ATO.

“The Commission found that the German measure is beneficial for the environment and for mobility as it supports rail transport, which is less polluting than road transport, while also decreasing road congestion,” the EC says.

The two measures supporting the rail freight sector will ensure increased public support to further encourage the shift of freight traffic from road to rail. The financial support will take the form of direct grants to the owners or operators of railway vehicles, to be used for upgrading the existing equipment. The measure will run until 2025.

The measure is part of Digital Hub Stuttgart which is part of Digital Rail strategy of the Federal Ministry of Transport. The hub programme, launched in August, proposes a EUR 462.5 million investment for a digitalised rail node (hub) which involves the deployment of the digital signalling, ETCS and ATO systems for all the stations and lines across the 100 km network in Stuttgart area.

“Not only the rails, but also the trains are going digital. In addition to massive investments in the railway infrastructure in the Digital Hub Stuttgart, for the first time we are now also promoting digital safety technology in the trains, with a EUR 200 million investment. This is how we combine mobile and digital,” Andreas Scheuer, the Federal Ministry of Transport and Digital Infrastructure said.

Under the measure which is promoting the rail interoperability, the funding is provided to equip the rail vehicles that run in Digital Hub Stuttgart including the S-Bahn, regional and long-distance transport.

The pilot projects are supported with up to 90% of the eligible costs, while the series equipment, with up to 50%.

The pilot project will study the way vehicles will be effectively digitalised, the estimated network capacity in case the digital security technology is deployed on the vehicles and infrastructure at the same time, the standards’ development and the transition from the pilot towards series conversion. The programme runs through the Federal Railway Authority (EBA).