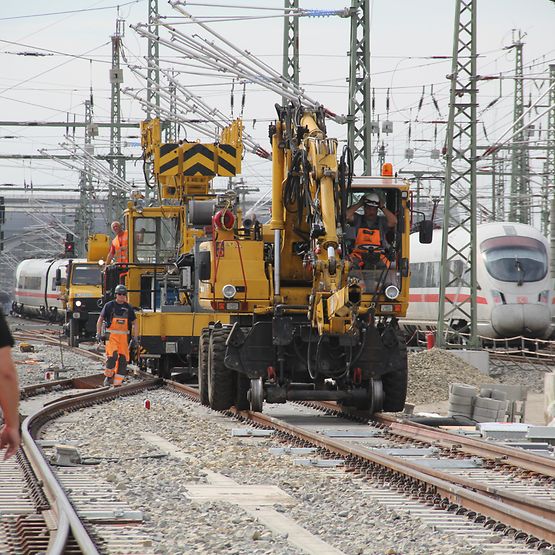 DB Netz and Stadler signed contract for retrofitting up to 80 track service and maintenance vehicles with the ETCS Baseline 3.6.0 Guardia system developed by Stadler.

Initially, the system will be fitted into 8 track service and maintenance vehicles of the series 711.1 and 741.X that will be in use on the DB Netz networks in Germany and Switzerland as of 2024.

The order includes an option for up to a further 72 vehicles.

This retrofitting project is the second time that Guradia has been fitted into Deutsche Bahn vehicles. The DB Advanced Train Lab of the series BR 605 that was exhibited at the Innotrans 2022, and two locomotives of the type BR 185.2 were also fitted with Guardia during a pilot project. This greatly increases the reliability and safety of those maintenance and track service vehicles that are fitted with this system because, in comparison to older ETCS versions, the ETCS Baseline 3.6.0 comes with additional operative functions. These lead to time savings and allow the vehicles to be used more efficiently.

The Guardia system will be used for the first time on a large scale in the maintenance sector at Deutsche Bahn.

The Guradia ETCS train control system is approved and is in use in several countries, for instance in the new Flirt trains of the BLS AG in Switzerland as of 2021, and also in Germany, Poland, Hungary, Slovenia and The Netherlands. The latest version Baseline 3.6.0 has already been approved for Germany and The
Netherlands.
“We are very proud to be handling this future-oriented order for Deutsche Bahn. This decision reflects the trust in Stadler’s Guardia ETCS solution that was built during the pilot project. By retrofitting the infrastructure-relevant maintenance and track service vehicles, we are making an important contribution to digitalising the German rail network,” Marc Trippel, Head of the Signalling Division at Stadler said.