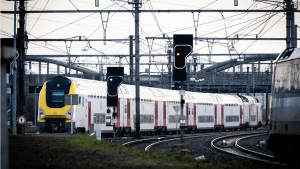 The multifunction M7 train car is based on the same concept as double-deck M6 train car, which are popular and known for their high level of reliability. The new interior arrangement and enhanced passenger information systems optimise passenger comfort.

The train provides SNCB with broad operational flexibility since the cars can operate commercially as multiple-unit trains or can be drawn by specialised traction stock along with other car types. The trains can operate up to a speed of 200 km/h across country’s electrified network and on cross-border lines linking the country with the Netherlands and Luxembourg.

The M7 power car is developed at Alstom’s Valenciennes double-deck centre of excellence, while the Crespin facility in France, performs the carbody assembly of the trailer cars. The M7 train cars are assembled at company’s sites in Bruges, Belgium, and Valenciennes, France.

The order is part of a contract signed in 2015 for the supply of up to 1,362 M7 train cars and is worth a total of around EUR 268 million. SNCB has ordered a total fleet of 747 train cars to date. In December 2020, SNCB ordered 204 additional M7 double-decker coaches, 130 independently accessible cars and 68 power cars designed with multifunctional areas, which will have folding seats, thus also providing space for bicycles and strollers. They are expected to be delivered in 2024.

“We now are in the process of delivering this new equipment. More than one hundred passenger cars are already operating on the Belgian network with a high level of availability and recognised levels of comfort,” Bernard Belvaux, the Managing Director of Alstom Benelux said.