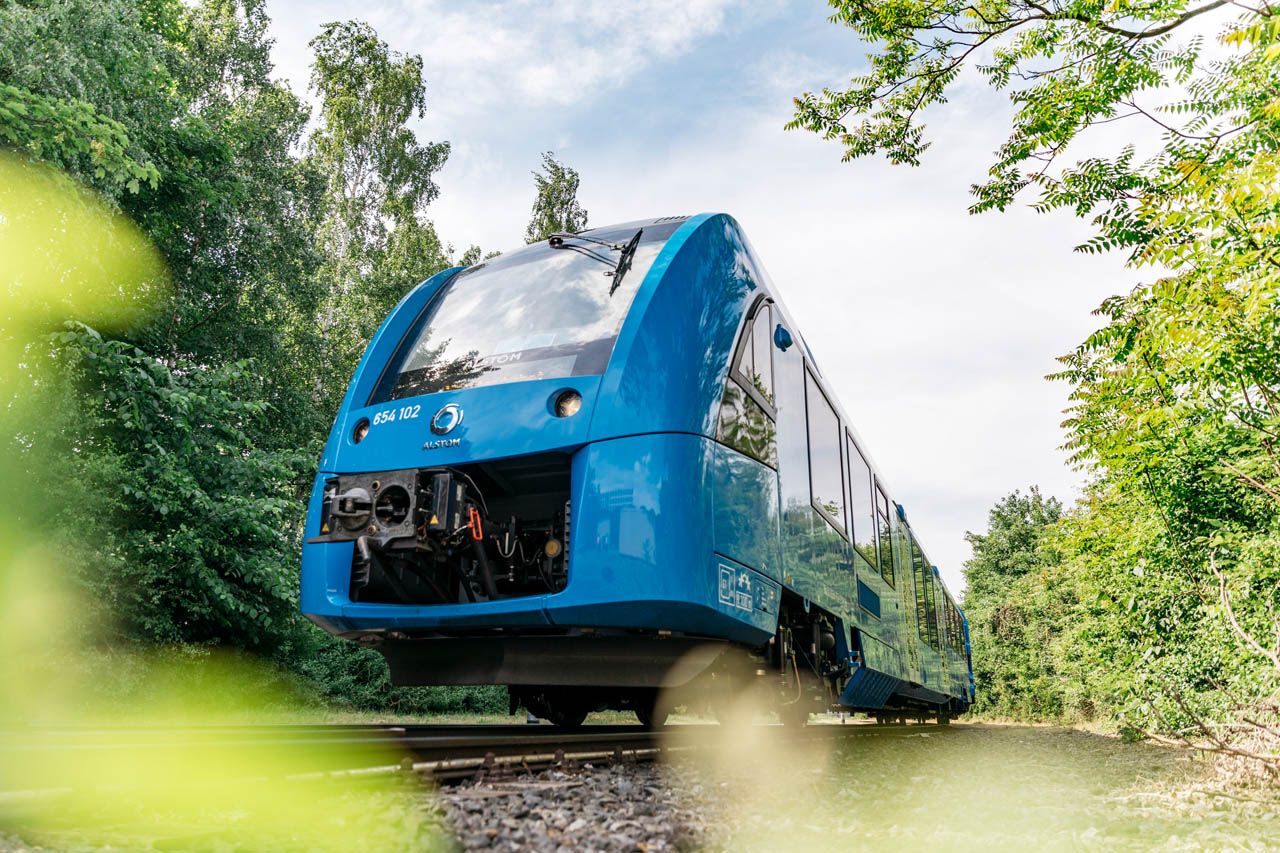 The transportation sector is a pillar of the modern world. It moves people and goods, powers economic growth and a more equitable global society. Cummins understands that rail is a critical component of this eco-system. But the quest for sustainability is reshaping the industry and achieving fundamental change is no easy task. It involves critical decision-making, committed investment and pioneering technology. As the rail industry considers its tomorrow, we look at the direction of travel – the tracks that rail is on.

Connectivity has the power to bring technologies together. IoT assets generate essential data. AI makes sense of it. Machine learning leads the execution of tasks. Connecti-vity unites them and amplifies the value of them all.
5G connectivity means more reliability and lower latency. For the rail industry, this means the number of IoT devices on locomotives can grow without congesting the wavelengths. Mission-critical tasks requiring instant intervention can now be handled through connected devices.
Locomotives are getting increasingly connected, and the emergence of 5G will further fuel the use of connectivity across the rail world.

In the 1800s, steam powered rail. In the 1930s, diesel became the preferred method. More recently, diesel-electric and full-electric have shared much of the locomotive power market space.
Now, new technologies are emerging. Fuel cells, both solid oxide and proton-exchange membrane, batteries and hybrid solutions are all on rail’s radar.
As rail operators take the necessary steps towards their zero emissions future, it seems inevitable that rail will be powered by a more diverse set of technologies than ever before. Operators are likely to pick and choose the right power system technology based on infrastructure availability, local regulations, economic feasibility, and the preferences of their customers.
Diesel-electric and full-electric will co-exist with emerging technologies, such as fuel cells and batteries, often through hybrid applications.

Track 3: Towards the all-renewable future

Most energy-using sectors share an all-renewable future. That depends on lowering the emissions of leading power system technologies. Emissions of nitrous oxides and particulate matter of diesel engines have decreased over 80 percent over the last two decades. Technologies such as selective catalytic reduction (SCR) and exhaust gas recirculation (EGR) enabled this significantly reduced environmental footprint.

Decreasing emissions will continue to drive change. In the rail industry’s near future, diesel-hybrid and fuel cell applications will take the lead. In 2020, two trains powered by Cummins Inc. fuel cells completed an 18-month, 180,000 km trial in Europe. By 2022, 41 Cummins fuel cell powered trains will be operating in Europe, making Cummins the leading provider of fuel cells for trains globally. 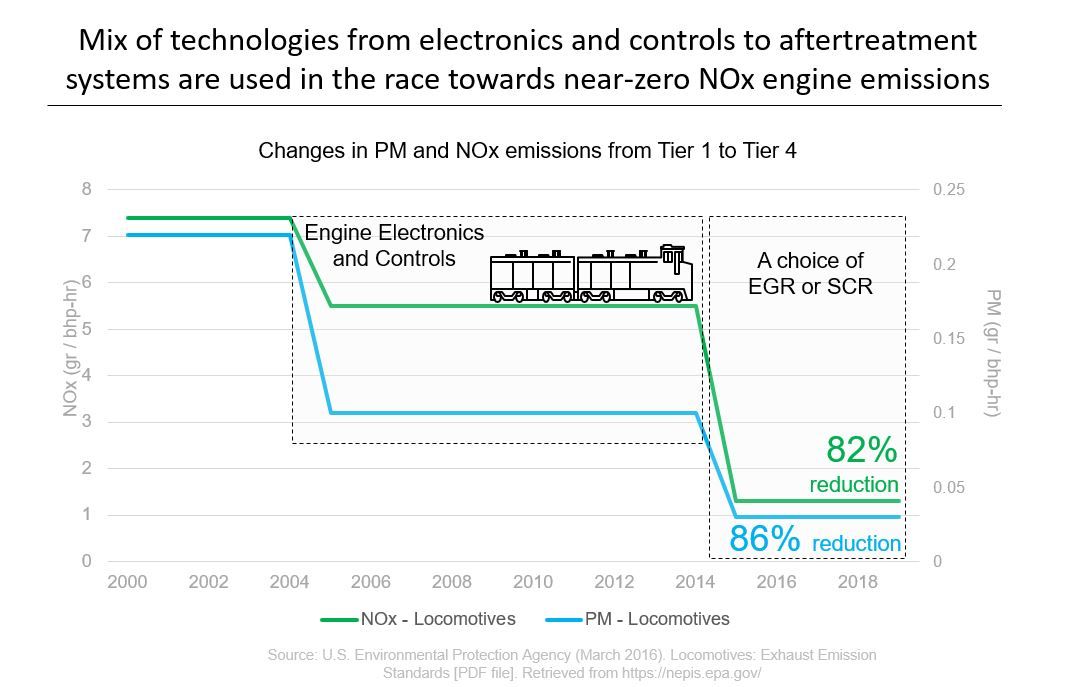 A third of the world’s population lived in urban areas just a few decades ago. Today, more than half do.
People move to urban areas to prosper, find better jobs, and improve their access to education and health services. However, urbanization throws up challenges, particularly for urban transportation, which must battle congestion and environmental impact.
Emerging technologies and advancements in connectivity will lead the way – including in the next generation of trains.
Innovations such as renewable fuels, sensors and IoT devices point to a future of autonomous operation, increased safety, and a reducing carbon footprint. Rail continues to offer the highest capacity per hour to serve people’s travel needs in a transitway setting.
Urbanization is expected to increase the demand for rail transportation within and across urban areas. 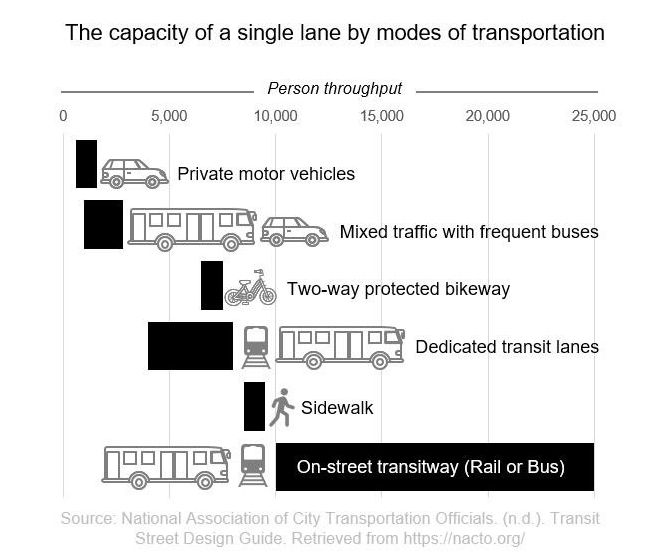 2018 was the first year that 50 percent of the world’s population had enough discretionary spending to be considered “middle class” or “rich” (according to The Brookings Institution).1
A growing middle class means an increasing global population with higher purchasing power, directly increasing trade activity and traffic of goods.
With today’s long and complex supply chains, transportation is a direct beneficiary of middle-class expansion, and trains have long been a critical component of the transportation eco-system that facilitates freight movement.
The continued expansion of the middle class is expected to fuel the growth in the rail industry worldwide.

Seventy-five percent of the respondents to a PEW Research Center survey were particularly concerned about helping the environment.2
Inevitably, transportation is at the center of environmental conversations, everywhere from international forums to dinner tables. The sector produces 15 percent of man-made greenhouse gas emissions globally, second only to the electricity and heat sector.3
Rail has long been considered as one of the most environmentally friendly modes of transportation, both for goods and people. It is estimated that rail moves 40 percent of freight measured in ton-miles but is responsible for only 8 percent of freight transportation carbon emissions.4
From this advantaged position, rail continues to reduce its environmental footprint. Electric trains produce zero carbon emissions when the electricity is produced renewably. And as we have seen, hybrid solutions incorporating hydrogen fuel cells will make a growing sustainability contribution. Coradia iLint, the first passenger train powered solely by Cummins hydrogen fuel cells and producing zero emissions at the point of use, is operating today.

Rail has a bright future in a digital and decarbonizing world. Cummins is working to keep the industry ahead of the curve.