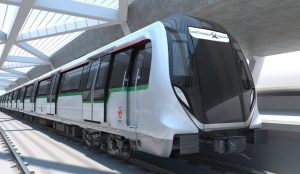 Singapore’s Land Transport Authority awarded Bombardier Transportation a contract for the supply of 40 new trains for NSEWL, the North-South and East-West Lines. The contract has a value of SGD 337.8 million (USD245.54 million) and is part of authority’s long-term fleet renewal programme for the two lines.

The new trains will arrive in batches starting from 2024 and will replace the second generation of trains manufactured by Siemens and the third generation, supplied by Kawasaki-Nippon Sharyo, that are currently in operation.

The trains will be assembled at Bombardier’s facility in Changchun, with parts, components and features sourced from around the world, including Sweden, the United Kingdom, France and Germany.

The new trains will be equipped with an integrated suite of condition monitoring systems that facilitate the timely detection of emerging faults. This will allow the rail operator to make more efficient use of maintenance resources to pre-emptively address potential faults before they affect commuter service. Initiatives such as these are central to efforts by LTA and the rail operators to continue delivering reliable train services, while managing costs. 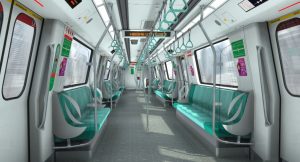 In 2018, LTA and Bombardier signed a contract for the delivery of 66 new trains to replace the first generation trains manufactured by Kawasaki that have served the NSEWL since it first opened in 1987.

With the arrival of the new trains, the NSEWL’s older train fleets will be progressively withdrawn from passenger service. LTA is in discussions with various public and private sector organisations to repurpose some of the trains for education, heritage, training and even recreational purposes

The latest batch of 40 new trains for NSEWL will have the same design and brings the total NSEWL trains supplied by Bombardier to 106. This move is expected to help LTA and SMRT reap significant economies of scale.

Under the contract, LTA, the NSEWL’s operator, SMRT Trains and Bombardier signed a long-term service support contract to cover all 106 new trains. Under this agreement, Bombardier will provide technical support and spare parts for train repairs and system upgrades or replacements for the first ten years, with the option for future contract extensions.