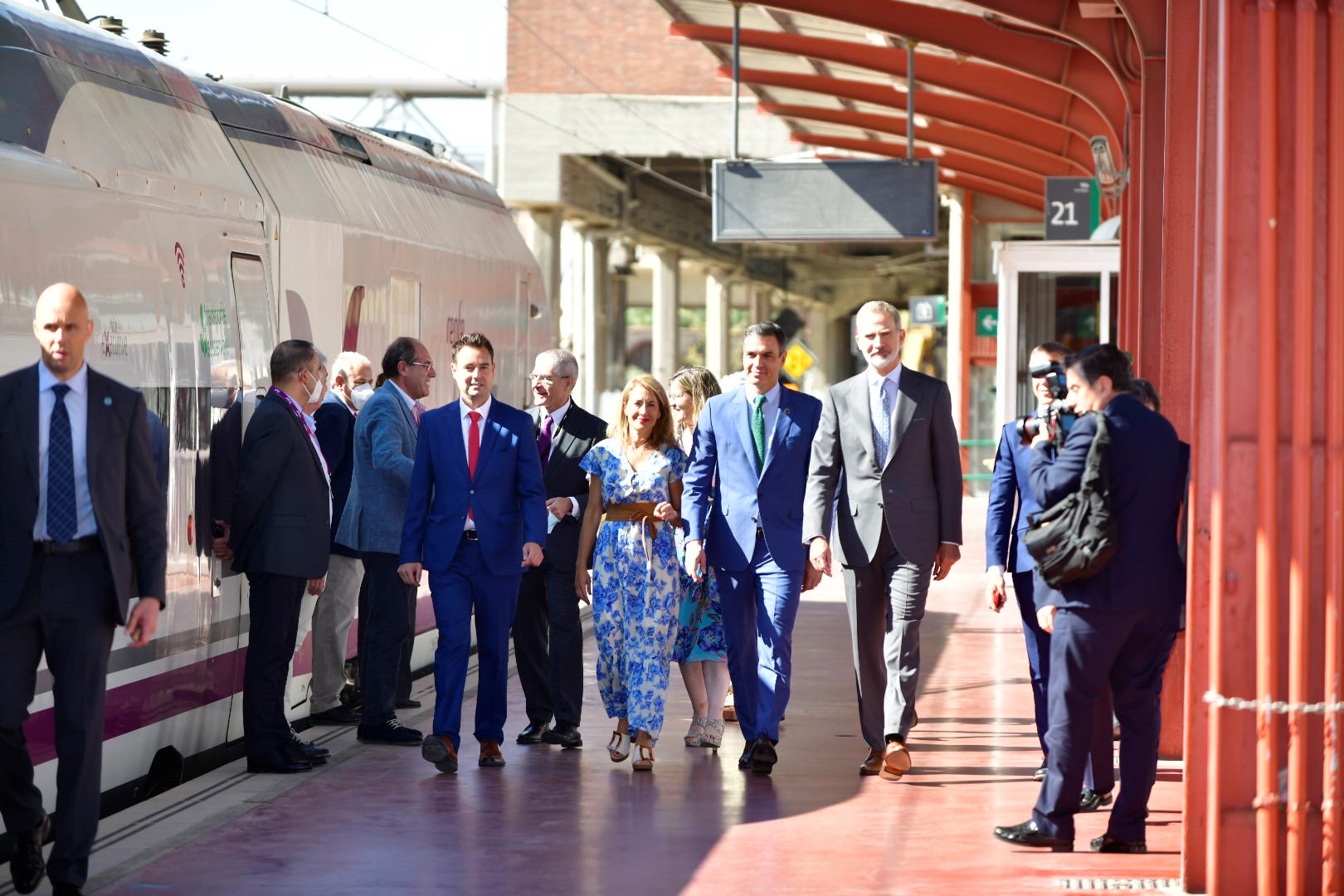 “This inauguration is our way of transmitting to the Extremaduran and Spanish societies that we have not stopped, and we will not stop until Extremadura finally enjoys the train service that it deserves” Pedro Sánchez said during the opening ceremony held at Badajoz station.

The line entered commercial operation on July 19, following the inauguration of the sections with new alignment totalling 150 km that needed a EUR 1.7 billion investment. The line will allow mixt traffic with long distance, medium distance and regional trains running along the route.

The 437 km Madrid – Extremadura high-speed line consists of three sections part of the Atlantic Corridor and includes the inaugurated Plasencia – Badajoz section and the two Madrid – Oropesa and Tayuela – Plasencia sections will join. Work will continue to complete the electrification of the entire section in 2023, as an essential project to deliver the first high-speed line in Extremadura. Adif Alta Velocidad is advancing the works on the remaining sections with electrification works on the Peñas Blancas – Mérida – Badajoz – Portuguese Border section (110 km), and the Peñas Blancas – Aljucén sections as well as the and the Isla-San Nicolás bifurcation in Montijo. To optimise the functionality of the future Extremaduran corridor, the 18 km bypass of Mérida is currently under construction and will allow direct connection to Badajoz. This project is being constructed into two sections worth EUR 55 million (San Rafael – Cuarto de la Jara and Cuarto de la Jara – Arroyo de la Albuera) and a connecting branch to the North of Mérida will be also built. In addition, the contract for the assembly of the track for this infrastructure is in the award phase.

The 150 km Plasencia – Badajoz double track section passes through Cáceres and Mérida and to be completed, EUR 1.7 billion was invested with a EUR 580.4 million funding from the European Union through the ERDF.

In addition to the construction of the railway infrastructure, important works have been carried out at the stations of Plasencia, Cáceres, Mérida and Badajoz, worth more than EUR 15 million, in order to provide them with the characteristics, services and benefits necessary to adapt the high-speed services. The section is built into two 4.4 km tunnels (Santa Marina -3.4 km and Puerto Viejo – 1 km tunnels) and 28 viaducts.

The commissioning of Plasencia – Badajoz section will reduce the travel time between Madrid and Cáceres to 30 minutes and to 50 minutes from Madrid to Badajoz.

The EUR 3.7 billion Madrid – Extremadura high-speed line project was co-financed by the European Union through the 2007-2013 European Regional Development Fund (ERDF) with EUR 138.2 million and the P.O. of Extremadura with an aid of EUR 171.7 million and a TEN-T support of EUR 35.9 million. Under the 2014-2020 multiannual financial framework, the project obtained EUR 278.1 million ERDF co-financing through the Multiregional OP for Spain while the Mérida bypass and the platform works of the Talayuela – Plasencia section are financed by the NextGenerationEU with more than EUR 205 million. in 2020, the European Investment Bank announced the provision of EUR 890 million to to Adif Alta Velocidad to finance the high-speed rail line connecting Madrid and Extremadura. The EIB financing was provided for the 282 km line between Talayuela and Badajoz, linking the cities of Navalmoral de la Mata, Plasencia, Cáceres, Mérida and Badajoz.

Renfe has announced on July 19, the first day of commercial operation, that more than 15,000 passengers have purchased tickets for the new service offer in Extremadura. The new service has two daily long-distance trains in each direction, an Alvia S-730 and an Intercity train, together with the regional and medium distance services. The opening of the section increases the number of weekly train service to 170 from 145, representing a 17% increase. In total, 14 towns in Extremadura will see an increase in the number of train services at their stations.