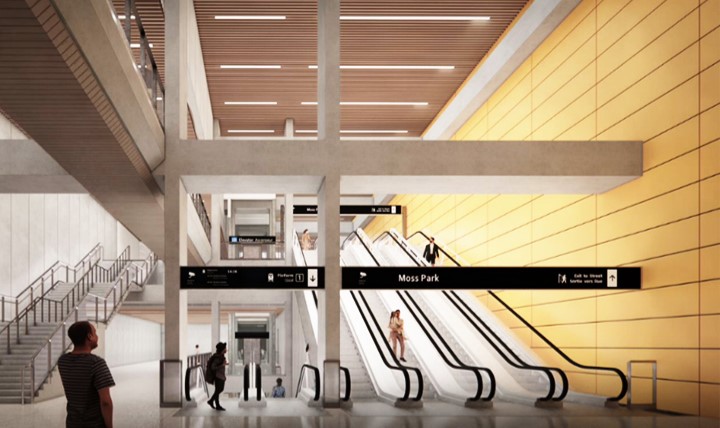 IO and Metrolinx will evaluate the RFQ submissions and teams that possess the relevant experience and capacity to deliver these projects will be shortlisted and invited to respond to a Request for Proposals anticipated in early 2023.

The Ontario Line North section will create a connection between Thorncliffe Park and the Science Centre, running on elevated tracks that will be mostly situated along local roadways, which are generally wider there than in other parts of the city and can accommodate this kind of infrastructure more easily.  This section will offer connections to both the Line 2 metro and the Eglinton Crosstown LRT, along with many bus routes in between. It will extend rapid transit service to the densely populated Thorncliffe Park and Flemingdon Park neighbourhoods, reducing commute times and congestion for local residents.

The Ontario Line will be a 15.6-km new transport line running between the Ontario Science Centre and Exhibition/Ontario Place in Toronto, with 15 stations, including 6 interchange stations.

A CAD 6 billion (USD 4.47 billion) contract was awarded to Ontario Transit Group consortium for the Ontario Line South design-build-finance package covering a 6-km tunnel and associated tunnelling works, groundworks required to build the tunnels and stations. the consortium will also be responsible for the construction of one above-ground station and four new underground stations and two underground stations will be adapted and integrated with the existing network.

Recently, a USD 6.7 billion contract was awarded for the RSSOM package including the design, construction, operation and maintenance of the rolling stock, all track and communications and train control systems.