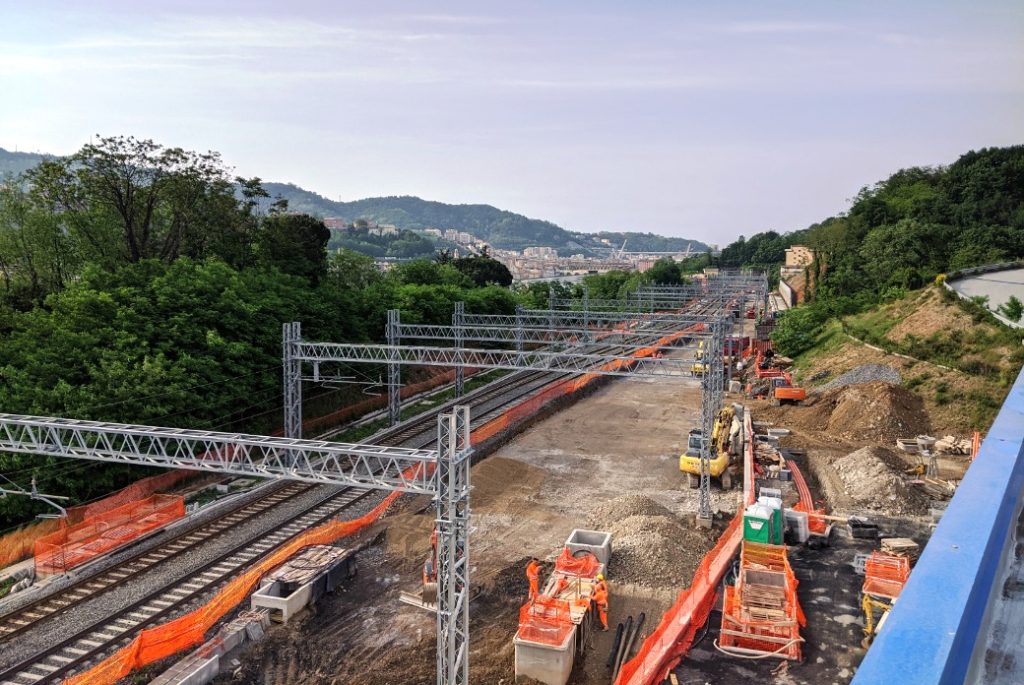 Rete Ferroviaria Italiana (RFI) has launched 18 new tenders totalling EUR 6.8 billion to continue to implement rail infrastructure projects under Italy’s Recovery and Resilience Plan (PNRR), which will redesign the transport sector in a sustainable way and help to reduce the infrastructural gap between Northern and Southern Italy.

Among the main tenders launched, there are two essential projects unveiled by the Ministry of Infrastructure and Transport, which includes the construction of Battipaglia – Romagnano section part of the new Salerno – Reggio Calabria high-speed line worth more than EUR 2.16 billion financed by the PNRR. The other project is related to Fiumetorto – Lercara rail section on the Palermo – Catania – Messina railway of almost EUR 1.5 billion which represents an important step towards the opening of all the construction sites in 2023.

Besides these two rail infrastructure projects, EUR 800 million tenders are related to the project in Lombardy region, which concern the doubling of the lines Ponte San Pietro – Bergamo – Montello and Codogno – Cremona – Mantua, the quadrupling of the Milan Rogoredo – Pavia line and the upgrading of the Brescia airport railway connection. In Tuscany, two tenders are added for the design and construction of the doubling of the Empoli – Granaiolo line and for its technological equipment, for a total of EUR 158 million, while in Campania the tender is launched for the completion of the Salerno underground on the section Arechi – Pontecagnano Airport Costa d’Amalfi, estimated at EUR 180 million.

The tenders launched do not only concern new infrastructural works, but also noise remediation interventions with the installation of noise barriers throughout the country, through a framework agreement worth over EUR 1.38 billion. In addition, two framework agreements were announced for comprehensive maintenance work on the rail infrastructure and one for the maintenance of station buildings and external areas.

In March 2022, the Ministry of Infrastructure and RFI launched in Naples the public consultation on the construction of Battipaglia – Romagnano rail section which is the first high-speed section of the Salerno – Reggio Calabria high-speed line and will be interconnected with the Battipaglia – Potenza line. The construction of Battipaglia – Romagnano section worth EUR 1.8 billion and is expected to be completed by 2026. Salerno – Reggio Calabria high speed line is expected to be completed in 2030.

To reduce the infrastructure disparities between the North and South, of the EUR 61.4 billion PNRR and the Complementary Plan (CP) the ministry is responsible for, 55% will be provided for projects to be carried out in the southern part of the country. The PNRR, CP, the national budget as well as Italy’s Development and Cohesion Plan (FSC), will provide Campania region (southwestern Italy) EUR 3.3 billion in 2022 – 2026 period. The funds will be used for infrastructure projects covering railways including regional connections, mass transit transport, active mobility, roads, ports, water sector and urban development and regeneration.

In 2022, Polo Infrastrutture (Infrastructure Hub) of the FS Group launched tenders totalling EUR 25.5 billion and awarded contracts worth EUR 15 billion. RFI launched 283 tenders totalling more than EUR 21 billion out of which EUR 10 billion will be financed by the PNRR. The company also awarded more than EUR 10 billion contracts half of which funded by the PNRR. In December 2022, 46 tenders with a total value of over EUR 8 billion were announced for rail infrastructure projects.