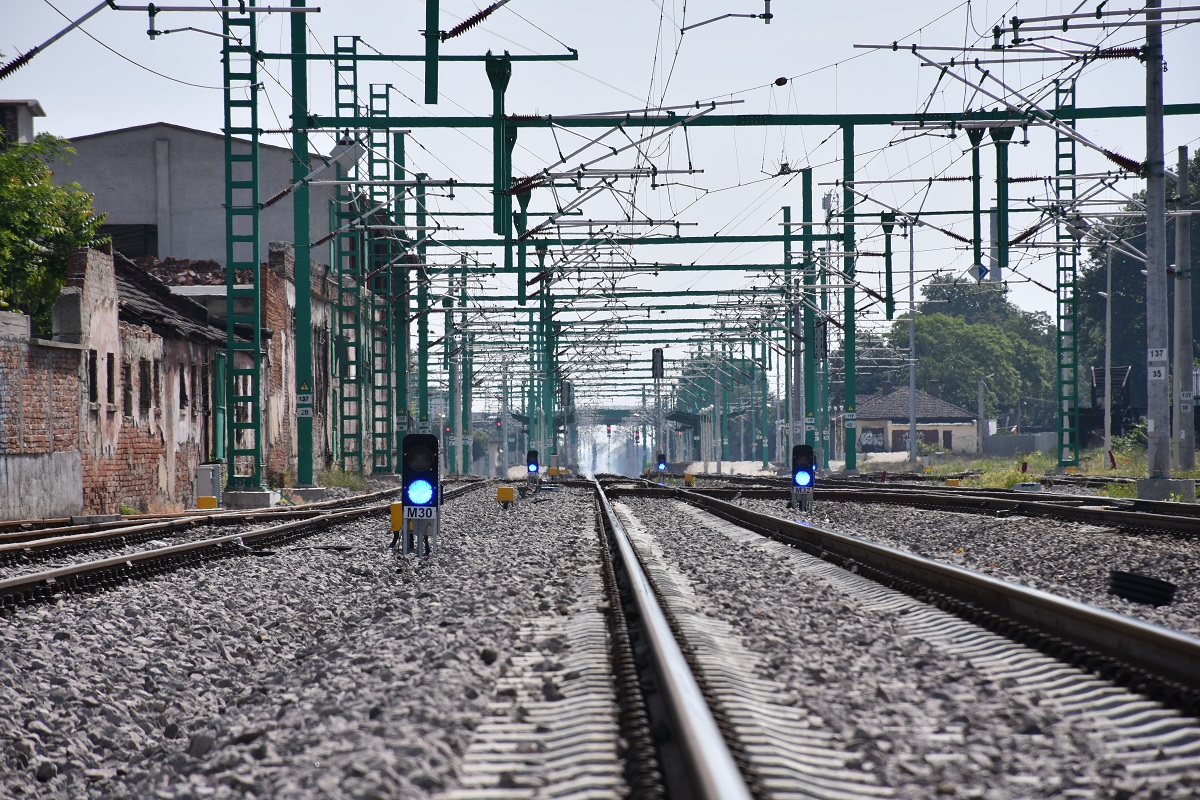 The European Commission will provide Bulgaria EUR 224.57 million CEF financing for the modernisation of Medkovets – Sratsimir section on the Vidin-Sofia railway line.

EUR 292 million was the indicative cost of the project implemented by the rail infrastructure manager NRIC which covers the modernisation of 45 km of railway section and the construction of 14 km of new electrified section between Sofia and Vidin. Under the project, 5 bridges, 1 tunnel and 3 stations (at Dabova Mahala, Vodnyantsi and Sratsimir) will be constructed along the section.

After completion, this section will be electrified, interoperable and with improved parameters in terms of speed and security serving more effectively passenger and freight trains. The project which will shorten the distance by 14 km which will separate rail freight from the rail passenger traffic which will allow freight trains to run at a speed of 120 km/h and passenger trains at 160 km/h.

“The rail infrastructure manager [NRIC] will soon announce the public procurement for the project and in order to achieve maximum transparency and efficiency, we will invite all Bulgarian and international companies specialising in this activity to participate in the tender,” Zlatin Krumov, the director general of NRIC said.

It should be noted that under the 2019 CEF Transport call for proposals, the European Commission provided NRIC EUR 12.19 million financing for the modernisation of Vratsa and Pernik traction substations situated on the Vidin-Sofia-Burgas line which is creating a corridor towards the border with Türkiye, part of the Orient/East Med Core Network Corridor. EUR 14.34 million was the total eligible cost of the project with a EU contribution of 85%. The global project concerne the modernisation of the Vidin-Sofia and Sofia-Pernik-Radomir railway lines on the TEN-T Core Network.

Also, under the CEF call for proposals (2019), Bulgaria received EUR 4.9 million European financing out of EUR 5.77 million eligible cost for the project to modernise Mezdra-Medkovets rail section (in the north-west part of the country, at the Romanian border) along the Vidin-Sofia mainline. The co-financing was provided for technical assistance for the preparation of the section modernisation.

The modernisation of Vidin-Sofia railway line is one of the most expensive rail project in Bulgaria, estimated at EUR 2.3 billion.

Bulgaria has previously announced that it has submitted eight transport projects estimated a EUR 391 million for the financing support from the CEF 2021-2027. After analysing the submitted projects, the European Commission approved three projects that have a total value of EUR 321 million of which the modernisation of Medkovets – Sratsimir rail section was the most expensive action.

Under the first call for proposals of the CEF 2 covering the period between 2021 and 2027, The European Commission provided Bulgaria a total co-financing of EUR 273 million for three projects including the modernisation of the Medkovets – Sratsimir rail section.

EUR 39.8 million is the co-financing provided to the Port of Burgas for the construction of the 28 berth to create a new port area dedicated to the movement of containers handled with green cranes and transported via rail throughout Europe. Under the project there will also be explored innovative solutions for installing shore side electricity supply systems serving the port. The berth will be constructed at the Burgas – West terminal in the next 31 months while the functionality of the rail infrastructure and connections will be upgraded to enable the use of electric shunting locomotives. It is planned to install systems for charging ships with electricity, to reduce the harmful emissions from maritime transport.

Trans Express, a private Bulgarian-based freight forwarder obtained a co-financing of EUR 8.59 million for the modernisation of rail-road terminal in Sofia-West, situated in the proximity of Voluyak railway line. The project covers upgrade works at the transhipment facility, the development of an access of the regional industry to the rail-road intermodal freight transport which will significantly improve transport flows between the European countries. The project is expected to be completed in 29 months.