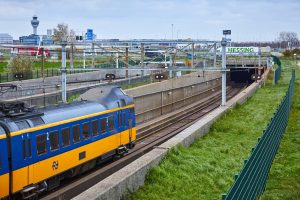 Under a ten–year contract, Nokia will provide operational and managed services for the GSM-R voice and data communications network, while Cellnex will be exclusively responsible for the construction, management and operation of telecom sites mobile connectivity along the Dutch railway tracks.

“This agreement represents a major step forward in our long-standing relationship with Nokia on GSM-R. It creates the platform for long-term system performance and operational efficiency, as well as paving the way for migration to the Future Railway Mobile Communication System (FRMCS)”, Arjen Boersma, Chief Information Officer ProRail, said.

For the implementation of the contract, Cellnex will work together with VolkerWessels Telecom as a subcontractor which possesses all the necessary certifications and knows all the specifications of the network.

The contract allows Cellnex to set up 80 masts on railway land that it leases from ProRail. In addition, Cellnex is also allowed to rent the masts to other parties and may build another 100 masts on ProRail land.

“In addition to its role as a neutral telecom infrastructure provider for ProRail, Cellnex has the exclusivity for any BTS development along the whole rail network. The total demand for passenger and freight transport is expected to increase by 30 per cent by 2040. More movements on and around the track also means more demand of data and telecommunication services. And with the advent of 5G, more and more new applications are becoming possible”, Ed Boerema, Managing Director Cellnex Netherlands said.

The communications system across the entire rail network has been used in the Netherlands since 2004. ProRail uses its own network for mobile telecommunications, the GSM-R network. starting this year until 2027, the digitalisation of the Dutch rail system is essential. Under the plans, the GSM-R network will be renewed which includes the construction of more telecom sites.