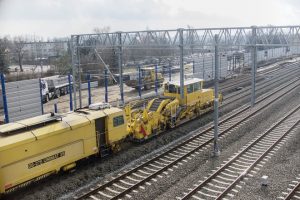 The implementation of the projects will increase transport safety, will improve the rail freight and passenger transport services, will shorten the journey times, facilitate access to the railway infrastructure and contribute to a better transport integration.

By the end of 2021, the infrastructure manager wants to select the contractors for construction works under 61 investments.

The projects include reconstruction works for:

The company says that the infrastructure tenders aim at the completion of the projects under the National Railway Programme for 2014-2020 and the beginning of the new perspective for 2021 – 2027. Concerning the investment plans under the two frameworks, PKP PLK is ready to begin the tender procedures for tracks, energy supply system and railway automation repair and maintenance works. PLN 650 million (EUR 145.56 million) is the estimated value for these works.

PKP PLK mentions that the investments announced in advance will enable companies to prepare their offer and to plan their financial resources to submit the best offer.