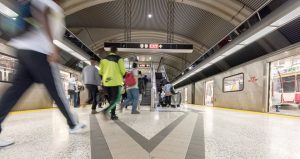 Under the metro development plan, Ontario Line, as well as the extensions of Scarborough metro, Yonge North and the Eglinton Crosstown West are the four projects.

IO’s procurement activity is also underway to build the team of advisors who will deliver the metro projects.

A Request for Proposals (RFP) has been issued for the programme controls services consultant (PCSC) for the metro programme. The PCSC provides overall project controls services and oversees schedule, risk management and cost estimating functions of the subways program.

These two contracts, together with the PCSC are expected to be awarded this spring.

Companies interesting in bidding on work packages must register with Merx to obtain a copy of the work scope and procurement rules.

In January, a contract was awarded to HDR, who will be the technical advisor for the Ontario Line metro project. Currently, all stakeholders are working to define the project design and scope from an engineering perspective and supports the transaction and construction phases.

In April 2019, the Government of Ontario announced these four projects, providing a support of CAD 11.2 billion (USD 8.37 billion). This funding over-delivers on the government’s commitment to put CAD 5 billion (USD 3.7 billion) into metro extensions. These projects are part of a CAD 28.5 billion (USD 21.3 billion) strategy to expand Ontario’s transit network.