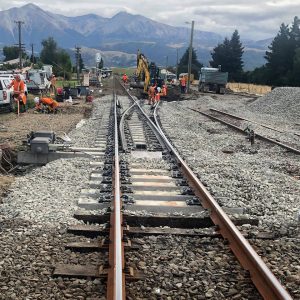 New Zealand Minister of Transport, Phil Twyford has announced that NZD 1.1 billion (USD 717.4 million) will be allotted for railway projects across the country which will support road to rail modal shift.

The investment is divided to four railway projects.

NZD 315 million (USD 205.4 million) will be allotted for improvements to the Wiri to Quay Park Corridor in Auckland, including construction of a third rail line. this project will ease the bottleneck between Wiri and Westfield, providing additional capacity around Westfield Junction, and works around Quay Park to improve rail access to the Ports of Auckland.

NZD 371 million (USD 242 million) will support the further electrification of Papakura – Pukekohe line of the Auckland metro network by 19 km, which will allow speed increase to the CBD. The addition of two new platforms at Pukekohe station will allow additional lines for future growth.

Drury railway station will be developed and two new stations at Drury East and Drury West will be constructed, increasing the transport access and amenity value for this fast-growing centre in Auckland. ‘Park and ride’ facilities will be also constructed. NZD 247 million (USD 161 million) will be allotted for this project.

The funding will also support Wellington rail upgrades, including in the Wairarapa, which will make the lines north of the city more reliable and better able to meet growing demand. NZD 211 million is the funding for rail improvement on Wellington, Wairarapa and Palmerston North network, including upgraded tracks for the Wairarapa and Capital Connection lines, safety connections and refurbishment of Capital Connection carriages.