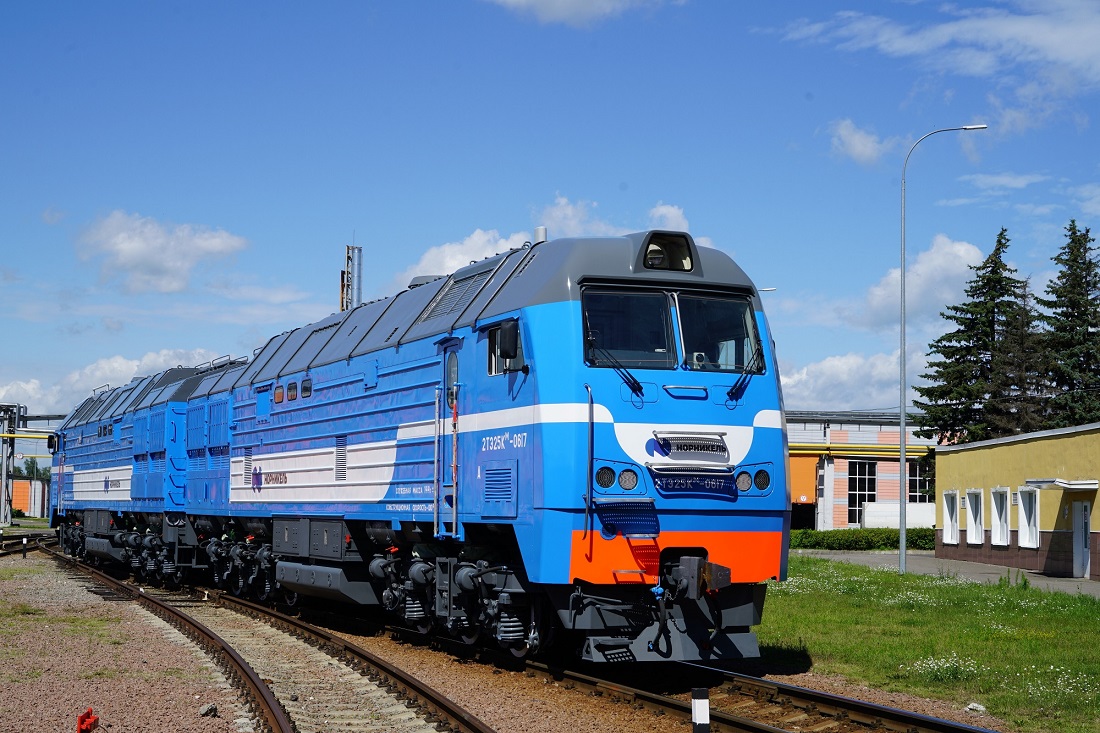 In 2022, BMZ handed over seven 2TE25KM mainline diesel freight locomotives to MMC Norilsk Nickel company where they have been tested before entering operation.Work on commissioning the locomotives was completed in mid-October, and Bryansk diesel locomotives started running on the northernmost railway in the world.

In May 2021, Norilsk Nickel acquired two Class 2TE25KM diesel freight high power locomotives to replace the Class 2TE116 vehicles which operated in the Norilsk region for more than 30 years. The locomotives allow the reduction in fuel consumption and harmful emissions. The vehicles provide efficiency of the system for diagnosing and monitoring of the main parameters as well as for the well-thought-out and comfortable cabin equipment for the driver.

In mid-June 2021, two Class 2TE25KM mainline diesel locomotives produced by BMZ have been delivered to Nornikel (Norilsk Nickel). They will be used by the Polar Division of company’s transport branch. The contract was signed in May this year, and the new locomotives, 2TE25KM-0555 and 0556, will replace the Class 2TE116 machines that have been in operation in the Norilsk region for more than 30 years on the world’s northernmost railway.

The new 2TE25KM mainline diesel locomotives are operated by the Polar Division of company’s transport branch on the Norilsk Railway, in the north of the Krasnoyarsk Territory. The world’s northernmost rail line is a single-track 1520mm line connecting the mining towns Talnakh, Norilsk and Kayerkan with the port Dudinka on the Yenisei.

The mainline diesel locomotives 2TE25KM are capable to operate in difficult conditions of Polar region.

The Class 2TE25KM locomotives are manufactured at Bryansk Machine-Building Plant since 2014 and to date 600 locomotives of this series are in operation.2TE25KM is designed to work in severe climatic conditions on sections with a complex track profile.The locomotive is capable of carrying trains weighing 6400 tonnes.Diesel locomotives meet the most stringent environmental requirements, while its design is distinguished by the availability of the main components, thanks to which it is possible to reduce the cost of repairs and maintenance.

The 2TE25KM locomotives are widely used by Russian Railways, the Ulaanbaatar Railway in Mongolia, the railway transport operator Demiryollary in Turkmenistan, the independent carrier BaltTransService, as well as large industrial enterprises in Russia and neighboring countries such as SUEK-owned Tugnuisky coal mine in Buryatia, the Olenegorsky GOK iron ore plant in Severstal, at the coal mines of Ural Mining and Kuzbassrazrezugol, the Shubarkol Komir and Kachary Ruda companies in Kazakhstan, and at the Navoi mining and metallurgical combinat in Uzbekistan.