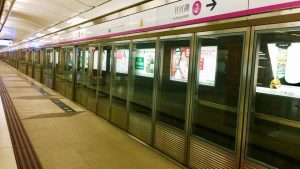 MTR has started the dynamic train tests on the entire Tuen Ma Line which enters commissioning stage as part of the Shatin-Central Link.

The suitable measures for the structures at and near the Hung Hom station extension are completed and the last section of the overhead line was energized in July, followed by commencement of dynamic train tests for the signalling system in August 2020.

Testing and statutory inspections will gradually extend to cover the full length of the Tuen Ma Line to ensure the railway systems are fully integrated with the existing lines and operating smoothly before the start of passenger service.

“The overhead line energization is a critical milestone for the project as it allows train testing to commence along the whole railway alignment. It brings us a step closer to the full opening of the TML. Moving ahead, the team is now focused on completing the remaining TML works so we can open the railway for the public. This will provide real benefit to the travelling public in the Kowloon East area,” said James Chow, the divisional general manager for Projects Construction of MTR Corporation.

The first phase of Tuen Ma Line connecting Wu Kai Sha and Kai Tak was opened at the beginning of this year between three new stations – Hin Keng station, the expanded part of Diamond Hill station and Kai Tak station.

The Tuen Ma Line will be the longest railway line in Hong Kong running 56 km served by 27 stations. It offers the transport connection between the Ma On Shan Line and West Rail Line, providing effective links between the existing railway lines.