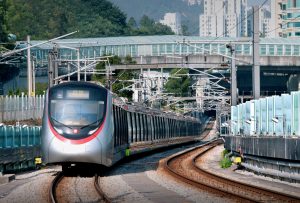 MTR Corporation entered into arrangements with the Hong Kong Special Administrative Region Government and Kowloon-Canton Railway Corporation (KCRC) for the operation and a two-year concession period for the Tuen Ma Line (TML). The 4.2 km second phase of the line will become operational on 27 June 2021.

The three partners signed the four principal agreements that will regulate the operation of and concession arrangements for the line.

The terms of the signed agreements include obligations and requirements for MTR Corporation to ensure that the TML operations meet the high service standards set by government.

“It is a significant milestone for the corporation to launch the full Tuen Ma Line. With the commissioning of the new section from Kai Tak to Hung Hom stations, the TML will become the longest railway line in Hong Kong. As the Project Manager, we are most honoured to be the operator of this railway line,” Rex Auyeung, the Chairman of MTR Corporation said.

The Tuen Ma Line has a length of 56 km served by 27 stations linking the east and west of the New Territories. It is the longest railway line in Hong Kong connecting the West Rail Line and the Tuen Ma Line Phase 1 which with its 3 new stations entered commercial operation in February 2020.

The Tuen Ma Line also includes a number of interchange stations which enhance connectivity with the rest of the city’s railway network, providing more alternatives for passengers travelling to different districts.

The residents of the New Territories East are mainly travelling between New Territories and Kowloon using the East Rail Line. With the opening of TML the passengers will benefit a new alternative for urban districts destinations and will be able to travel directly to Kowloon East whilst passenger on the East Rail Line may also interchange to the TML at Tai Wai station.