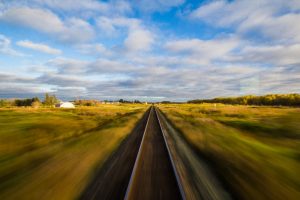 Centricity, an Albertan company created to support the development of a high-speed rail between the two cities is the advisor of Prairie Link.

The companies took the initiative to propose the project within the Government of Alberta’s Unsolicited Proposal Guidelines and Framework.

“The notion of high-speed rail, a proven technology around the world, connecting Edmonton, Red Deer, and Calgary in Alberta is not new, but we believe that its time has come. We have built a team with both the capacity and faith in the future of our province to advance it in a meaningful way for Albertans,” said Jeffrey Hansen-Carlson, Director with EllisDon Capital and Project Director for Prairie Link.

Prairie Link is currently working on the business case expected to be released within six months and the project will be entirely funded by the private sector.

The Prairie Link has already commenced the engagement with Indigenous and airport authorities from the three cities and established an advisory committee to guide project development.

According to Prairie Link, the Edmonton-Calgary high-speed rail project will be implemented into four phases. The first phase of the rail corridor will be implemented in two years and covers the pre-development stage, analysis on alignment options and station location, consultation, environmental impact assessment (EIA) and governmental approvals. The engineering design, land acquisition and permitting will take one year. The construction of the structures, stations, track and systems as well as the commissioning will take another six years. The entire project is estimated to be implemented within 7-9 years.