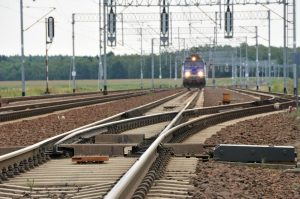 During the European Parliament Plenary session, the MEPs adopted a report on the European Rail Traffic Management System (ERTMS) and have called for a faster deployment of the digital signalling system to mitigate the disparity of the EU rail system and to meet the EU’s Green Deal objectives.

The resolution on railway safety and signalling, adopted by 667 votes to 11, and 14 abstentions on July 7, scrutinizes the European rail traffic management system (ERTMS) and calls for its full deployment. MEPs highlight that despite past initiatives ERTMS roll-out is far behind schedule, the deployment is too slow and full interoperability is not yet achieved. MEPs suggest that complete roll-out would increase traffic capacity by up to 30 % on existing railway infrastructure and is essential in achieving the climate and digital transition goals.

The resolution demands to align national implementation plans to the binding deployment targets set at the EU level to enforce the decommissioning of outdated national signalling systems. Since national rules create barriers to interoperability and impede seamless operation of the European rail network, MEPs suggest to further harmonise operational requirements, including engineering rules or dimension of the wagons.

To overcome current inefficiencies in public procurement for ERTMS deployment, the Commission must establish a common EU tender format for procurements, MEPs highlight.

To address the insufficient industrial capacity, MEPs call on the Commission to present a legislative proposal for an ERTMS industrial strategy in the framework of the new Industrial Strategy for Europe. They also stress that the EU funds are not sufficient to cover all the expenses needed to ensure smooth roll-out and proper functioning of the ERTMS. Therefore, the EC and member states are urged to improve the attractiveness of investing in the ERTMS and address the lack of a stable and predictable budget.

“We need to end the fragmentation of Europe’s railways, a problem that is preventing this mean of transport from contributing to European mobility. We also need to ensure that European rail traffic management system is deployed on time. This is a decisive step to guarantee interoperability of national railway systems and will enable us to make trains faster, optimize the use of infrastructure by increasing their capacity by up to 30%, and lower purchasing and maintenance costs of signalling systems”, said EP rapporteur Izaskun Bilbao Barandica said.

As part of the efforts to improve the European rail management, MEPs call for better coordination in ERTMS deployment. They argue that a ten-fold increase in the deployment pace is urgently needed to achieve the digital transition, improve the safety of the European railway system, and to meet the existing 2030 rollout deadline.

The adopted text notes that at the end of 2020 only around 13 % of the core network corridors were operated with the ERTMS, with its deployment in other corridors reaching a range between 7 % to 28 %.