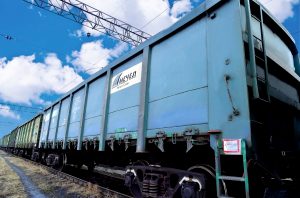 The process regarded the sale of 51% of the shares of Elgaugol, Elga-Doroga and Mechel Trans Vostok to A-Property. The transaction amounted USD 1.18 billion (RUB 89 billion), including the control premium. The buyer also fully settled Mechel’s liabilities to the state development corporation VEB.RF, totaling USD 107 million.
“With the current economic situation and our debt leverage in mind, we made a difficult but well-considered and informed decision to sell Elga Coal Complex,” Mechel PAO’s CEO Oleg Korzhov said.

At the same time, Mechel signed agreements with Gazprombank and VTB Bank prolonging the debt maturity of the credit lines by 10 years. The loans’ debt maturity is extended by seven years to March 2027 with the option of an additional three-year extension.

The proceeds from the sale of the 51% in Elga Coal Complex will be used to repay the debt to the two banks in proportion to their share in Mechel Group’s debt leverage. Thus, 57.4% of the transaction amount will be used for early debt repayment to VTB Bank and 42.6% for repayment to Gazprombank. As a result of this and the waiver of the option to buy Gazprombank’s 49-percent share in Elga, the company’s overall debt leverage will go down by RUB 145 billion ( USD 1.93 billion).

The overall restructured debt to Gazprombank and VTB Bank will total RUB 237 billion (USD 3 billion) after Mechel repay part of its debt with proceeds received from selling Elga.

“Reduced debt leverage will help us implement our investment program aimed at increasing coal mining and processing at our Kuzbass and Yakutia facilities, as well as increasing output of high-margin products in our steel division,” Oleg Korzhov explained.

The rest of 49% share was sold to Gazprombank, under an agreement signed in 2016 which included Elgaugol, the Elga coal deposit developer in southeast Yakutia, Elga-Doroga which owns the 321-km Ulak-Elga railway and Mecheltrans-East which is the rail’s transport operator.

The Elga coal deposit is one of the world’s largest deposits of high-quality coking coal with reserves estimated at 2.2 billion tonnes. Elga deposit is available for open-pit mining, which is much cheaper, more efficient and safer than underground mining. Elga coals are rare for the Russian coal market due to their high-quality characteristics.