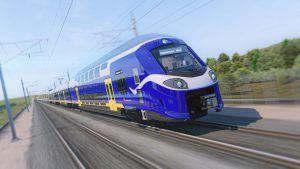 The Lower Saxony Transport Authority (LNVG), the Hanover region and the City of Bremen launched a European-wide tender for a operation contract covering the Express Cross Bremen rail network in Lower Saxony (Expresskreuz Bremen/Niedersachsen – EBN rail system). The interested rail companies must submit their offers until May 25, 2022, and the contract will be awarded to the most economical bids meeting LNVG’s requirements.

The contract will start in December 2024 and will be awarded for a period of 13 years with a 2-year extension option.

The contract covers the operation of three regional lines including “RE booster train services between Bremen or Nienburg and Hanover increasing train service frequency to every half hour depending on the available train paths.

LNGV says that under the contract the winner must increase the number of working staff and train personnel which will fulfil LNVG’s commitment to create more jobs in the rail sector.

The LNVG places high demands on the new operator of the network when it comes to service. “We stipulate that there must be two customer advisors on each train in the future. LNVG Managing Director Carmen Schwabl said.

Passengers will be able to reserve seats, which is unusual for regional trains but as “the network leads to important holiday destinations, reservation is important to increase the attractiveness of the offer,” Schwabl explains.

Under the operation contract the services should have a total volume of 6.38 million train-km per year. After the Hanseatic network comprising Göttingen – Hanover – Hamburg and Hamburg – Bremen routes, the Express Cross Bremen rail network is the second longest system in north-west Germany.

The state of Lower Saxony is acquiring 34 new double-deck trains from Alstom under a EUR 760 million contract. The new electric multiple units will be served by a new depot.