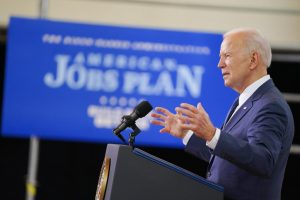 The U.S. President Joe Biden has released on March 31 his American Jobs Plan that includes huge investment for railway transport which will support the economic recovery and will tackle the climate change. The entire proposed eight-year strategy has a value of USD 2 trillion that will create millions of jobs, “will rebuild country’s infrastructure and position the United States to out-compete China.”

“The American Jobs Plan will build new rail corridors and transit lines, easing congestion, cutting pollution, slashing commute times, and opening up investment in communities that can be connected to the cities, and cities to the outskirts, where a lot of jobs are these days,” Joe Biden said.

The transport strategy includes a USD 621 billion investment for transport infrastructure and resilience covering the implementation of infrastructure projects to modernise, rebuild and expand entire system. Joe Biden is calling on Congress to make a historic and overdue investment in country’s roads, bridges, rail, ports, airports, and transit systems.

On public transport sector, the American Jobs Plan proposes USD 85 billion to modernise the existing system to help transport agencies expand their systems to meet passenger demand. This investment will double federal funding for public transit, spend down the repair backlog, and bring bus, bus rapid transit, and rail service to communities and neighborhoods across the country. It will ultimately reduce traffic congestion. According to the Department of Transport, USD 105 billion is the estimated repair backlog representing the buses, trains and railcars, stations as well as the infrastructure and the signalling systems. 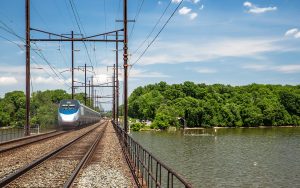 If the Congress will approve, the passenger and freight rail services will benefit a USD 80 billion investment to address Amtrak’s repair backlog, the modernisation of the Northeast Corridor, the improvement of rail corridors, and the electrification of the tracks. Amtrak must rebuild and improve the Northeast Corridor and our National Network and expand our service to more of America. The NEC’s many major tunnels and bridges – most of which are over a century old – must be replaced and upgraded to avoid devastating consequences for our transportation network and the country,” Amtrak CEO Bill Flynn said.

The announced plan also includes USD 25 billion for the airports, USD 17 billion for inland waterways, coastal ports, land ports of entry, and ferries, USD 20 billion for a new programme that will reconnect neighborhoods cut off by historic investments. On road transport, the plan calls for a total increase of USD 115 billion to modernise the bridges, highways, roads, and main streets that are in most critical need of repair and USD 20 billion to improve road safety. Biden is also calling the Congress for USD 50 billion in dedicated investments to improve infrastructure resilience.