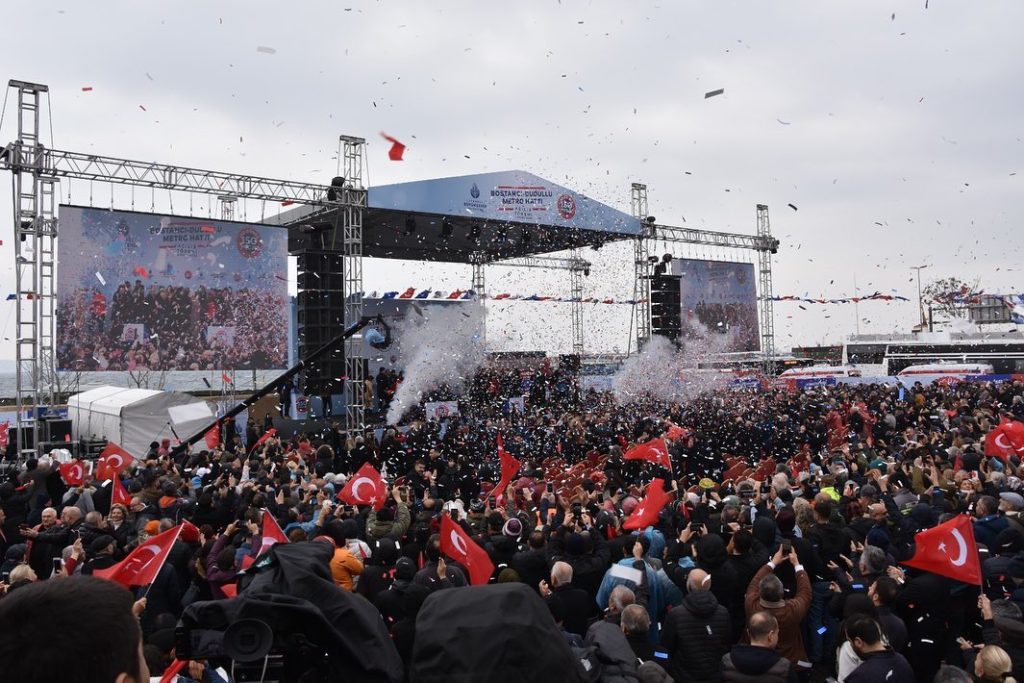 The Mayor of Istanbul Metropolitan Municipality (IMM) Ekrem Imamoglu has inaugurated the Istanbul Metro Line 8 on January 6, 2023 riding the first journey with officials.
The Bostanci – Parseller driverless metro line is 14.3 km long served by 13 stations and is crossing four districts with a population of 1.7 million. All stations ae equipped with a total of 160 escalators and 51 elevators.

The line is operated by 10 four-car trains and is providing transport connection to the metro Line 4 through Kozyatağı station and Line 5 through Dudullu station. At Bostancı station, passengers benefit the connection with intercity trains to destinations in Anatolia, as well as the Maramaray service accross the Bosphorus.

The construction of the new line started in 2016 and in 2019, when the project reached a 55% completion, the works came to a standstill due to lack of financing. The works then have been restarted in 2020, with the use of municipality’s own resources. The project also included the construction of an underground car parking area with a capacity of 2,831 vehicles, 869 of which in Bostancı and 1,962 in Kozyatağı.

“Because, as in all major cities in the world, rail systems are the most basic, most urgent and permanent solution for transport, the metro system is a solution for Istanbul’s transport problems. It is the dominant issue of civilization and civilized cities. In 3.5 years, including the new line opening, the length of the metro system in Istanbul reached 46.2 km and we intend to extend the network,” the mayor said.

The Istanbul Metro Line 8 reduces journey time between Bostancı and Dudullu to 21 minutes and can transport 44,400 passengers in one direction per hour.