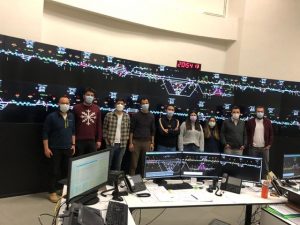 The interlocking system on the line is delivered in eight sections of which five sections with a total length of 182 km were completed. Along these sections, the project also included the Telecommunications and Traffic Control Centre (CTC).

In February, Alstom has completed the installation of the system on the remaining three sections totalling 146 km of Eskisehir-Kutahya-Balikesir rail line.

“We highly value our partnership with the Turkish State Railways Administration and fully support their efforts to elevate the high safety technologies with the introduction of our Automatic Train Supervision solution and implementation of EU standards to this signaling system through our European Railway Traffic Management System (ERTMS),” Mama Sougoufara, Alstom Middle East and Turkey Managing Director, said.

In 2011, TCDD awarded Alstom a EUR 89 million contract to supply signalling and telecommunications systems on the line connecting Eskişehir, about 260 km East of Ankara, to Balıkesir near the Aegean coast. The contract covered the design, manufacturing and supply of the complete trackside Atlas signalling system based on level 1 and 2 of ERTMS/ETCS, the Smartlock interlocking solution and Iconis, an integrated control centre. Alstom had to supply level crossing systems, technical equipment buildings as well as power distribution and uninterrupted power supply systems. ERTMS/ETCS on-board equipment, together with local on-board Automatic Train Stop (ATS) device also was included on 27 TCDD locomotives.

Alstom has been present in Turkey since 1950s and during these six decades, the company has delivered EMU vehicles for TCDD, has installed the signalling system on the Kayseri Northern Pass, as well as the Ankara CTC Control Centre. For many projects, the French company provided system and subsystem design, production, installation, testing and commissioning services, training and maintenance services for TCDD within the scope of turnkey delivery project.