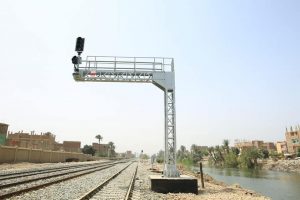 The Korean company will supply the latest signalling system including automatic train protection and electronic interlocking system to modernise the signalling system along the 118-km railway line. Hyundai Rotem will perform resignalling activities and will improve the railway facilities including control, mechanical and power facilities within the next three years.

The tender for the modernisation of the signalling and communications systems on the Nag Hammadi-Luxor line was closed on June 2020 and was estimated at USD 115 million.

In Egypt, Hyundai Rotem is also involved in the delivery of metro cars for Cairo Line 1 and Line 3 and the financial support was provided by the Export-Import Bank of Korea.

On April 27, Abdel Fattah El-Sisi, the President of Egypt, met with the CEO Hyundai Rotem Lee Yong-bae where it was discussed the possibility of a joint cooperation for the localisation of train manufacturing industry, including the signalling and communication systems as well as command and control equipment. 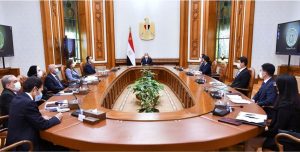 The President emphasized the role of Korea as an effective development partner in Egypt and confirmed that the country is looking forward to establishing strategic cooperation with the Korean company in many industrial fields, especially in the heavy industries. They depend on labor intensity and advanced technology. The President asserted that localising industry and technology transfer to Egypt are among the country’s priorities in cooperating with international partners and a preferential factor in contracting for the implementation of industrial projects in Egypt, particularly as Egypt possess all the elements of industry localisation and advanced technology transfer, using the largest possible percentage of local components. Thus, the doors are open for exporting the company’s products to the countries of the region and the African continent in light of Egypt’s strategic location.

The CEO Hyundai Rotem said that the company plans to implement the manufacturing of metro cars and command and control equipment, develop signalling systems, and perform railway engineering works. It was stressed that the company is keen to take advantage of the promising opportunities offered by the Egyptian economy through many current or future development projects related to the activity and expertise of the company.

Opportunities for joint cooperation in the field of energy, especially green hydrogen production, were also discussed. The aim of this cooperation efforts is to make use of Egypt’s natural resources of new and renewable energy, a clean source of energy that could be used as fuel for trains.