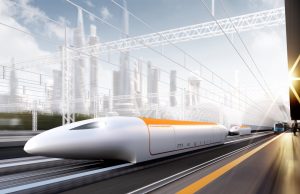 Hyper Poland, a Warsaw-based start-up, has launched a second round on investment platform, Seedrs (a platform for investing in startups) as is looking to raise EUR 450,000 to fund continued testing and development of the next generation of high-speed railways, based on magnetic levitation, linear motor and autonomous control systems.

In 2019, Hyper Poland has already obtained a grant of EUR 3.8 million from the Polish National Center for Research and Development. Under the first round of funding, the company has successfully raised the funding by EUR 334,000.

Hyper Poland believes the gradual implementation of hyperloop-inspired solutions will provide much needed innovation to the railway industry, particularly in the face of fierce competition from other means of transport. Company’s goal is to restore the competitive edge of existing railway lines, developing hardware to upgrade existing infrastructures to a high speed, high-frequency standard.

Company’s technology relies on a magrail system, a passive magnetic levitation solution which allows trains to operate at speeds of up to 300 km/h or 415 k/h on the existing HSR lines, but also on conventional railway tracks.

This hybrid solution allows for the functionality of both the magrail system and conventional trains on the same tracks as railway operators depreciate their existing rolling stock. Looking to the future, this impressive technology can be transformed into a vacuum system hyperrail hitting a top speed of 600 km/h on existing conventional tracks and 1,000 km/h on HSR lines. The final stage of this transformation will involve building dedicated tracks to enable the hyperloop to travel at up to 1,200 km/k.

In 2017, the company has built its prototype and 1:5-scale test track took place in 2019. A first-full scale prototype demonstration is expected to be performed in 2020-2021.

Warsaw University of Technology, Transfer Multisort Elektronik and the Railway Research Institute are the main partners of Hyper Poland’s project.