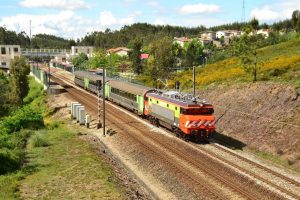 The Portuguese Council of Ministers has approved the launch of a tender for the acquisition of 117 electric trains (EMUs), which will require an investment estimated at EUR 819 million. This is “the largest train purchase in the history of the Portuguese Rail Company – CP” the Minister of Infrastructure and Housing, Pedro Nuno Santos said.

The tender covers the delivery of the railcars for urban and regional transport services. CP will acquire 62 EMUs for urban services of which 34 units will be deployed on the Cascais line replacing the current 29 trains, 16 EMUs will enter passenger services on the Sintra, Azambuja, and Sado lines, part of the Lisbon Metropolitan Area network, while 12 other electric trains will serve the Porto urban services.

As part of the fleet, 55 EMUs will be used for regional rail networks which will benefit 22 new electric trains from Stadler under a EUR 158 million contract awarded in October 2020. The Swiss rolling stock manufacturer will deliver 10 EMUs and 12 bi-mode trains, but the government says that the financing for the procurement of Stadler trains was not yet been scheduled.

In total 139 new trains will replace the obsolete fleet to meet the current transport demand. Whereas the pandemic cut the demand “we all remember the pressure we felt before” in the two metropolitan areas and respond to the expected rise in demand in the coming years.

The Minister also stated that with this major investment, industrial strategy has been put in place. “Since we will be investing heavily in the train procurement, it is crucial that this has consequences on the national industry,” Pedro Nuno Santos said.

The tender specifications are compliant with the EU legislation and aim to ensure that a considerable part of the new trains to be supplied are incorporated in national industry.

The Council of Ministers approved the creation of a Rail Competencies Centre, located in Guifões, Matosinhos, near the CP workshops. It will be funded by CP, and Portuguese Infrastructure (IP), Metro de Lisboa, Metro do Porto, the University of Porto Foundation and the Rail Platform, which includes dozens of companies from the rail industry private sector. This centre will carry out research, innovation, and training in the field of rail sector, bringing together public enterprises, academia and private companies, bridging the production of know-how and how it can be applied in industry, in a sector that is growing throughout Europe.