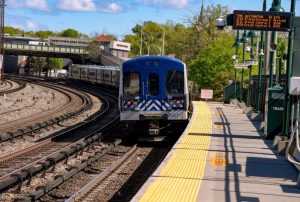 “This is an important milestone for a project that will give people in several transit -deprived areas of the East Bronx with access to jobs, education, health care and everything New York and Connecticut have to offer,” the Metropolitan Transportation Authority (MTA) CEO Janno Lieber said.

The procurement is underway to award a design-build contract to construct the transformative project which will dramatically reduce travel times for people traveling to or from the East Bronx. The project is expected to be implemented “on time and on budget”, the MTA CEO said.

The project will bolster equity, regional connectivity and resiliency by delivering transport options through the new mass transit stations for residents and workers in the East Bronx with four new fully accessible Metro-North stations, at Co-Op City, Parkchester, Morris Park and Hunts Point.

In addition to the new stations, the project includes bridge rehabilitation works, 30.6 km of new and rehabilitated track work, the reconfiguration of Metro-North’s New Rochelle Yard, new and reconfigured interlockings, and the modernisation of signalling system, power and communication infrastructure. 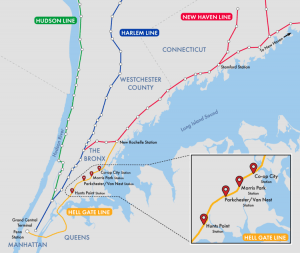 “This project will be game-changing for Metro-North. In essentially one bold stroke it will allow the railroad to dramatically reduce travel times for a transit desert with a vast population of hundreds of thousands of people, and it will allow our busiest line to have a second destination in midtown Manhattan,” Catherine Rinaldi, the President of MTA Metro-North Railroad said.

The advent of train service to these stations will support the local economy and attract regional talent by increasing accessibility to underserved neighborhoods, cutting commutes, and introducing reverse commuting opportunities.

The project will use Amtrak’s existing Hell Gate Line to access Penn Station, maximising the potential of existing infrastructure, while minimising impacts on the surrounding community. It will bring the Hell Gate Line into a state of good repair and improve resiliency and on-time performance for Amtrak passengers.