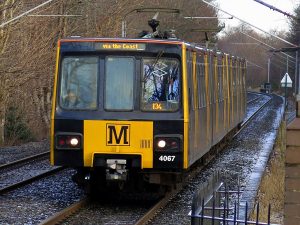 A £100 million (EUR 114 million) funding scheme was agreed by the UK government to increase service frequency, reduce journey times, and improve reliability on the Tyne and Wear Metro.

Under the Metro Flow project, by September 2022, an existing freight line in South Tyneside will be converted and electrified which will allow both metro and freight services. It will boost the capacity for an extra 30,000 passenger journeys every day.

Metro Flow was given the green light by the Chancellor Rishi Sunak in the Budget. The funding, which totals £103 million (EUR 117.4 million), is coming from the Government’s Transforming Cities Fund.

In order to deliver the extra frequencies Nexus, the Tyne and Wear Metro operator, will use some of the funding to buy four extra new trains on top of the 42 new trains which have already been funded by the Government in a £362 million (EUR 412.6 million) programme of investment.

“The Metro Flow project will allow us to deliver increased train frequencies, cut journey times and improve service reliability for Metro passengers. It’s great news for the Tyne and Wear Metro and for passengers who rely on the service each and every day. It gives Metro greater capacity and will take more cars off the region’s roads,” Director General of Nexus, Tobyn Hughes, said.

The Metro Flow project will increase the frequency of metro services system-wide from 12 minutes to 10 minutes outside of the central areas.