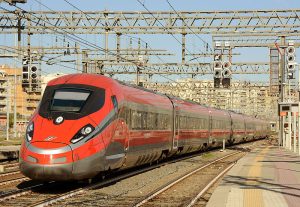 The construction of the high-speed rail connection has started in 2015 with a total needed investment of EUR 6.2 billion.

In 2019, Italy’s railway infrastructure manager, RFI, awarded the consortium comprising Salini Impregilo and Astaldi a EUR 608.1 million contract for the construction of 18.7 km rail section between Apice and Hirpinia including three tunnels and four viaducts, as well as two stations.

The same consortium is responsible for the construction of Naples – Cancello section under a EUR 397 million contract awarded in 2017. Within the consortium Salini Impregilo owns 60% and Astaldi 40%.

The Naples-Bari high-speed rail project is part of the government’s “Unlock Italy” decree, which will increase the competitiveness of rail transport, reduce carbon emissions and support social and economic development in southern Italy. It is part of the Scandinavia-Mediterranean Trans-European Network.

The project is expected to be completed in 2027 when the travel time between Naples and Bari will be reduced by 1 hour and forty minutes. It will also create a quicker and environmentally friendly alternative to car transport, and improved connections thanks to the largest loan the EIB ever approved.

More than 2000 jobs will be created during construction and 200 once construction of the high-speed line across a European cohesion region is complete.

Last year, Italy received EUR 114 million funding from the European Regional Development Fund (ERDF) for the construction of a 15.5 km of double track between Naples’ Central station and the city of Cancello. The realignment of the Naples-Cancello section will lengthen the line, creating a direct connection with the Naples Afragola high-speed station, a strategic hub not currently linked to the regional railway system.

The connection will offer better regional and suburban transport services and will provide access to the high-speed system.