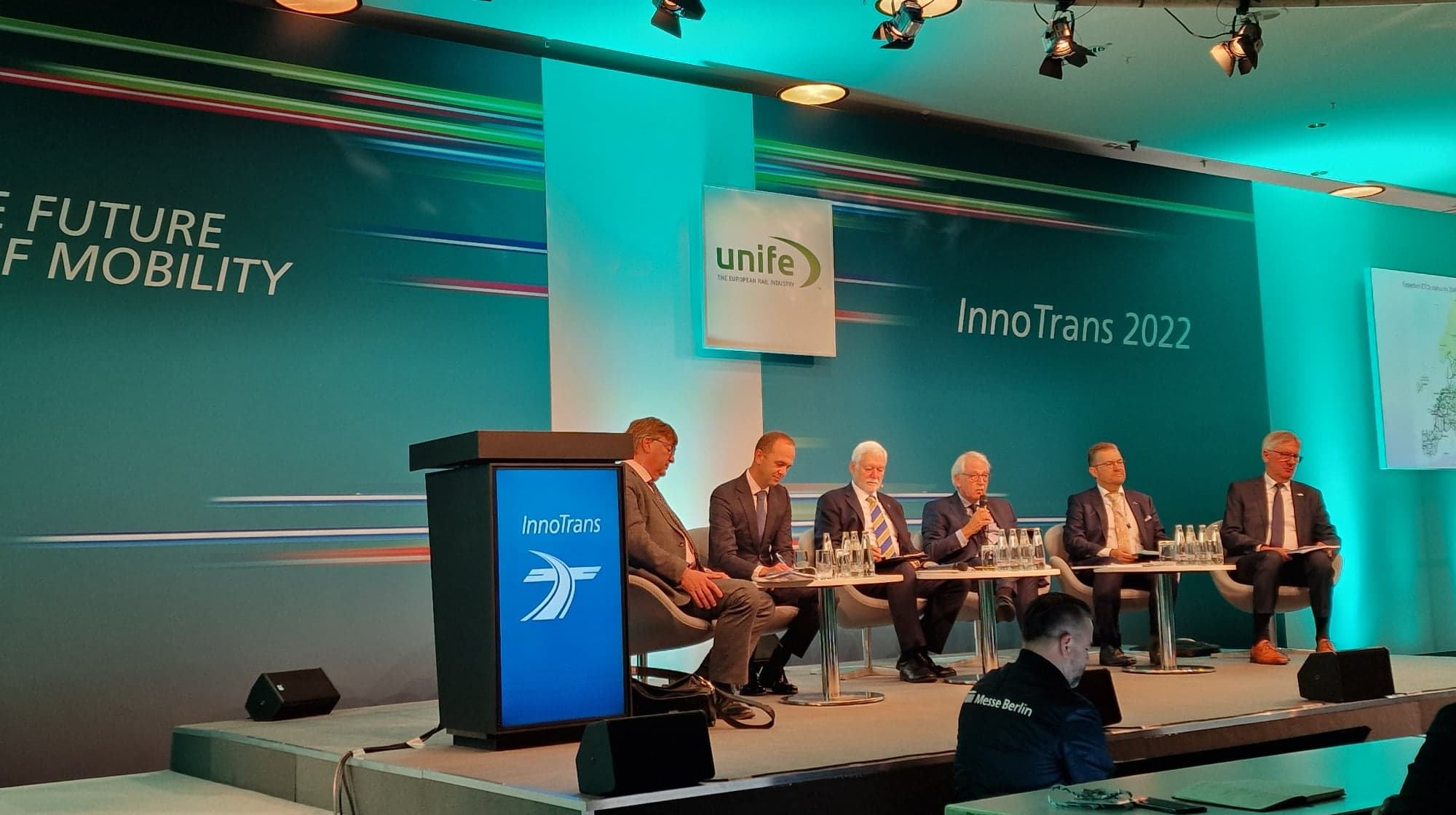 “We are implementing the ERTMS and we need this system to digitalise our railway transport. We shall conceive the digital system as an enabler of the Single European Railway Area, not limiting it to interoperability. The deployment most not be limited only to corridors, but to involve the whole network. There are some countries which are deploying the system and are moving towards an ERTMS network, not as a <corridor> concept. In fact this is the message: we need the ERTMS as a single system,” Matthias Ruete, the European Coordinator for ERTMS said at InnoTrans Dialog Forum organised by UNIFE on September 22, 2022.

Europe must deploy the European Rail Traffic Management System on 50.000 km of rail lines, representing the Core Network Corridors to decommission the existing 21 signalling systems in European countries and create a single rail area that provides increased capacity and safety. According to the European Deployment Plan (EDP) adopted in 2017 by the European Commission, the ERTMS should be installed on the CNCs until 2023, although only 5,900 km are equipped representing 38% of the planned length of the lines. This conclusion published by the EC in January 2021, would put in danger the plans to have a single traffic management system across the core network. As a result, the percentage of the equipped lines by 2023 – according to the EDP – is 31%, compared to the total length of the Core Network Corridors which shows that 69% of the corridors would have 2030 the general installation deadline. As long as the EU Member States must deploy the ERTMS on their lines belonging to the Core Network by 2030, it is estimated that 65,000 km of the entire Core Network which includes the CNCs should be equipped by 2030.

This will require an investment of more than EUR 10.9 billion on the CNCs while the estimated costs for the ERTMS trackside along the core network would reach EUR 11.6 billion from 2021 to 2030.

A big problem part of the ERTMS deployment plan is the rolling stock segment which faces delays. “I am worried on the current state of the rolling stock and traction equipment which should be retrofitted until 2030. The units are operating with the ETCS and with dwindling utilisation, it is not enough to operate across the corridors,” Ruete explained.

Ca. 4,300 on-board units have been equipped or are in operation on the European railways, but some trains need two on-board units, which can be estimated that 3,600 vehicles are equipped with the digitalised system. More than 5,000 vehicles have been introduced in Europe since 2015, 900 of them equipped with ERTMS while the remaining vehicles being subject to different derogations or are exempted from the ERTMS requirement. It is estimated that 80% on these new vehicles entered exemption regulation. In addition, there are more that 2,700 of retrofitted vehicles. This calculation can once again put ERTMS deployment at risk as until 2030, ca. 38,500 vehicles should be equipped with the ERTMS.