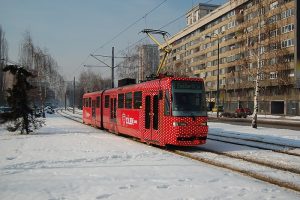 The Ministry of Finance and Treasury of Bosnia and Herzegovina and the EBRD signed a EUR 35 million agreement to improve public transport system in Sarajevo.

The current tram network is almost 50 years old and with no major improvements in decades it has deteriorated significantly. New tracks will improve the network and enable the purchase of new, cleaner trams.

The other loan will support the procurement of 25 new electric trolleybuses.

Two loan agreements supported under the EBRD Green Cities programme. Sarajevo Canton joined the programme in May 2017 and has since worked on developing an action plan with support from the government of Japan. The Green City Action Plan (GCAP) has identified investment in urban public infrastructure as one of the priorities for Sarajevo.