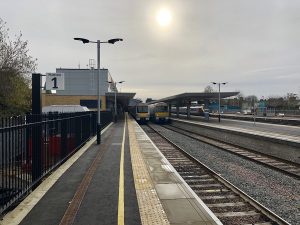 East West Railway Company has started the market engagement with potential rolling stock suppliers for the procurement of new trains.

The move follows an initial phase of procurement activity, which East West Railway Company concluded earlier in the year. A new PIN Notice has been published today to restart engagement with potential suppliers, which includes a set of technical specifications taking account of feedback from the market gained during the initial procurement phase.

This procurement aims to secure a short-term, interim solution to leasing a small fleet of self-powered trains for the Western Section of East West Rail.

“We listened to what the market had to say about our technical specification, and this has enabled us to reshape our requirements in a way that give us more flexibility in achieving the right outcomes for passengers. It’s essential we get this public procurement absolutely right, to make sure we give the best value to taxpayers and provide the best solution to the communities who live and work along the East West Rail route,” Simon Blanchflower CBE, Chief Executive at East West Railway Company said.

The railway company has launched its rolling stock invitation to tender in March 2020, when has announced it is taking an interim approach to securing trains in order that passenger services on the Western Section of East West Rail could be up and running as quickly as possible. This remains a priority as the EWR Co engages again with the rolling stock market, with this activity expected to conclude by the end of November.

The company seeks to lease a fleet of 12-14 three-car self-powered trains with modifications including the European Train Control System Level 2 and Driver Controlled Operation (DCO) capability, supported by a full maintenance package. The value of the contract is estimated at GBP 44 million (EUR 49.14 million). If a competitive process is undertaken it is envisaged to start by spring 2021 with contract award by November 2021.

These units will ensure timely operation of EWR’s Western Section Phase 2 between Oxford, Milton Keynes, Bedford and Aylesbury. The lease duration would be 4 years, with an option to extend for 2 years.