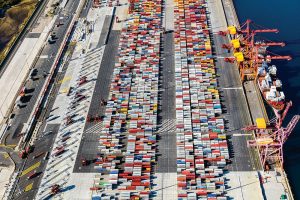 John Holland was awarded the contract to design and construct the Botany rail duplication, and Fulton Hogan won the contract for the Cabramatta Loop project that will accommodate freight trains up to 1,300 metres in length. In January 2020, ARTC has shortlisted three companies to deliver the project.

The entire project covers the construction of a new 2.9 km freight track within the existing rail corridor on the Port Botany Rail Line (PBRL) between Mascot and Botany. The constructor will also build new crossovers to allow trains options to move between tracks and new rail bridges at Mill Stream, Southern Cross Drive, O’Riordan Street and Robey Street.

The 1.65 km passing loop will be constructed on the Southern Sydney Freight Line (SSFL) at Cabramatta between Cabramatta and Warwick Farm. This project covers the realignment of 550 metres of existing track, the construction of two new bridge structures next to the existing rail bridges over Sussex Street and Cabramatta Creek and road works to reconfigure Broomfield Street in Cabramatta.

Major construction works on both the Botany Rail duplication and Cabramatta Loop are scheduled to start in the first quarter of 2022. The project is expected to be completed until 2024.

“The project will help meet future demand at Port Botany, where the freight task is predicted to increase by 77 per cent by 2036. Not only will this increase freight capacity, but it will also encourage more freight movements to be made by rail, helping to shift freight away from road transport and reduce the rate of growth in truck movements and traffic congestion,” ARTC CEO Mark Campbell.