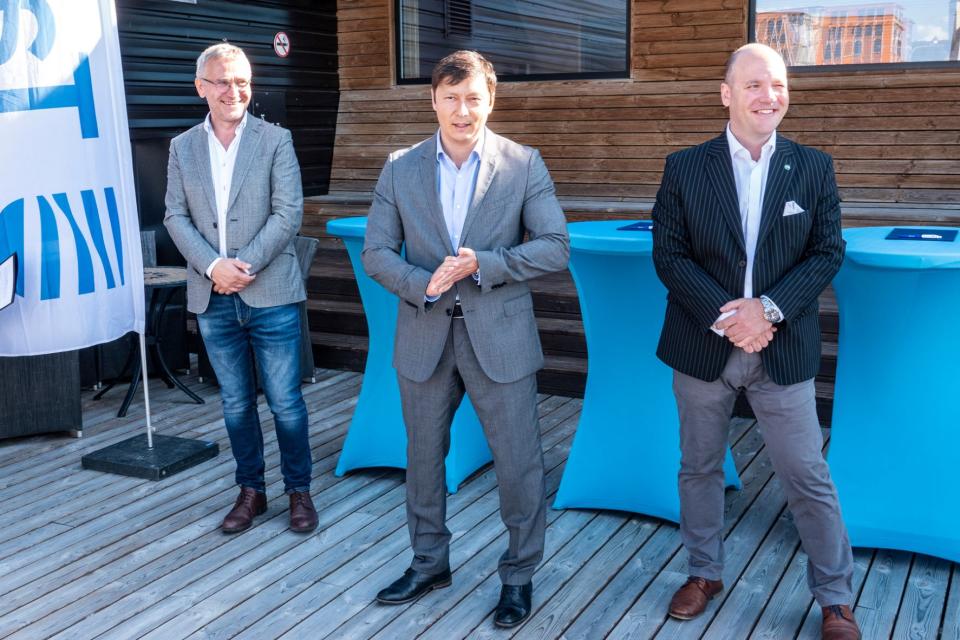 The City of Tallinn and the consortium of Merko Ehitus and KMG Inseneriehituse signed a contract for the design and construction of the Tallinn Old City Harbour tram connection to the future Ülemiste terminal which will also serve Rail Baltica.

EUR 36.5 million is the value of the contract under which the construction works are expected to be completed in February 2025. Including VAT and owner supervision, EUR 44.9 million is the cost of the tramway project which will receive a EUR 26 million funding from the Recovery and Resilience Facility (RRF).

Preparatory design work has started, with construction in the urban space expected to start in March-April 2023. Work on the tramway and its contact network is scheduled to be substantially completed by the end of June 2024, after which the construction of pavements along the tramway route will continue.

The project covers the construction of a 2.5 km tram link from the intersection of Kivisilla and Gonsiori streets and extending to the Põhja blvd, at Põhja puiestee bus stop.

The new tram extension will connect the most important gateways to both Tallinn and entire Estonia from the sea and air as well as by rail and road. “The new tramway will create fast and convenient connections for all passengers and visitors to Tallinn, regardless of the mode of transport,” Kõlvart said. “But this project is also one stage in a larger vision for the development of the Old City Harbour area and the city as a whole,” Tallinn Mayor Mihhail Kõlvart said.

The construction of Tallinn Old City Harbour tram connection involves a large number of reconstruction works. The existing tramway on Tartu maantee will be complemented with a left turn into Gonsiori street. The line will continue via Laikmaa, Hobujaama and Ahtri streets to the harbour area. Via Laeva, Kuunari and Kai streets, the route will pass through the front of the Sadama A terminal, and via Logi and Rumbi streets it will pass under the Linnahall. The line joins the tramway from Mere and Põhja puiestee to the tramway towards Kopli.

The new line will be operated by the new light rail vehicles recently ordered by the public transport company.

Ülemiste passenger terminal building will consist of one underground and four above-ground floors as well as new rail tracks while the 1520 mm gauge tracks will be relocated. Along with the terminal, the necessary access roads and streets, a large town square and car parks will also be built and in the first phase of construction, the existing railway and tram tracks will be relocated.