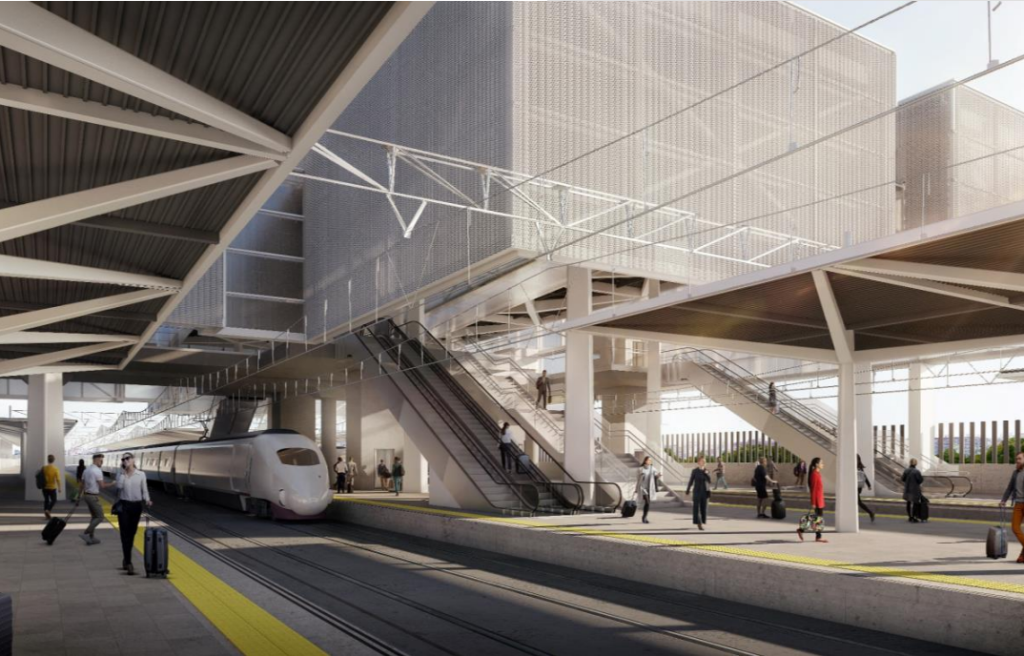 Adif Alta Velocidad has awarded a EUR 443 million contract to the Unión Temporal de Empresas (UTE) consortium for the completion of the works of the Access Channel and the integral remodeling of Valencia Joaquín Sorolla station.

The project covers the undergrounding of all the access tracks València Nord and València Joaquín Sorolla stations and the transformation of the second terminal including the expansion of its car parking area. This will free up the land and will enable the development of its surroundings. The comprehensive renovation of the station will respond to the increase in transport demand following the liberalization of passenger transport and the development of the Mediterranean Corridor.

The railway infrastructure will be integrated into the urban landscape while the capacity of both terminals will be increased to be compatible with the future Central Station.

The project covering the Access Channel to Valencia will be developed in phases over five years. The third phase includes works to move the access tracks into underground and extending the tunnels in the southern part of the station. The tracks will run at the same level, giving continuity to the tunnels already built in the South Junction. The works also include the electrification of the rail sections, railway installations, lighting and ventilation. In June 2022, Convensa won a EUR 5.5 million contract for the execution of the standard gauge implementation works between the Joaquín Sorolla and Valencia Nord stations. The track works for a section of 2 km include the implementation of mixed gauge on tracks 1 and 2, lifting of tracks that are no longer in use, the assembly of new track devices and the conversion to standard gauge of tracks 21 and 22.

The transformation of Valencia Joaquín Sorolla station includes the construction of new platforms and the remodeling of the existing ones to adapt them to the Access Channel new rail infrastructure design comprising 10 standard gauge tracks, six of them with a length of 200 metres and 4 of 400 metres. The project includes three new standard gauge tracks which will provide greater operability and capacity to the València Joaquín Sorolla station. It includes the comprehensive remodeling of the passenger building with a new elevated hall, as well as the remodeling of the surrounding urban area.

Under the project, it is necessary to dismantle the existing gauge changer for the trains that run on the conventional and the standard gauge systems and the construction of a new changer in the area of the South Junction/Fuente de San Luis where a depot will be constructed.

When Access Channel will enter into service the tunnels already built in the south junction of the C3 Cercanías line will to be used. For this, adaptation actions such as the installation of control, command and signalling systems will be also carried out.

EUR 530 million is the value of the entire project and will be financed by the National Recovery and Resilience Plan (NRRP).