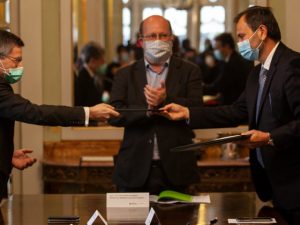 The contract was signed in the presence of the Minister for the Environment and Climate Action, João Pedro Fernandes.

The project envisages construction works for Yellow and Green metro line extension for a new metro connection between Rato, the southern terminus of the Yellow Line and the future Santos station, providing the connection with the existing commuter railway network.

According to the contract, the construction of the Yellow and Green metro line extension is expected to be completed within 2 years and a half.

The Lisbon metro expansion project is also carried out within the Lot 2, under which the Yellow and Green lines will be extended to the Cais do Sodré, an important transport interchange combining metro, railway and ferry transport services. 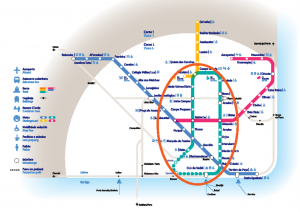 EUR 216 million is the total value of the contract, with EUR 50 million for the procurement of new trainsets.

The modernisation of Cais do Sodré station involves the construction of a west wing and the new access which includes the Mercado da Ribeira area and the connections with the entire railway network of Portugal.
The integration of Campo Grande viaducts consists of the new circular line formed by the Yellow and Green lines extension, the construction of a 158m-viaduct on the future Green circular line, the establishment of the connection with the Yellow line at the Telheiras station, on the Yellow line. A new 428m-viaduct will be also constructed on the future Yellow line, which provides transport link from Odivelas toTelheiras.