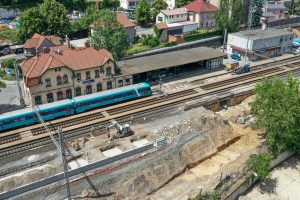 The European Parliament has adopted the political agreements on the 2021-2027 Cohesion policy legislative package of EUR 373 billion, marking the final step of the legislative procedure and allowing for an entry into force of the Cohesion legislation on 1 July.

“The adoption of this set of legislation paves the way for the approval of programming documents and the effective take up of projects on the ground. Now we need to focus on implementation in a way that provides the best possible support to regional and local authorities, citizens and companies,” the Commissioner for Cohesion and Reforms, Elisa Ferreira, said.

The package comprises four Regulations which include the Common Provisions Regulation (CPR) for shared management funds, the ERDF and Cohesion Fund (CF) Regulation, the European Social Fund Plus (ESF+) Regulation and the Interreg Regulation laying down specific provisions for the European territorial cooperation goal supported by the European Regional Development Fund and external financing instruments.

The approval of the CPR also establishes key elements for the functioning of the new Just Transition Fund (JTF) Regulation which completes the set of the 2021-2027 Cohesion policy Cohesion policy funds.

EUR 226 billion is the budget for the European Regional Development Fund and EUR 48 billion for the Cohesion Fund. The ERDF will contribute to strengthen economic and social cohesion in the European Union by correcting imbalances between its regions, while delivering on the Union’s political priorities through a thematic concentration of resources.  The CF will support projects in the field of environment and trans-European networks in the area of transport infrastructure.

With a budget of EUR 8.1 billion, the 6th generation of Interreg continues to shape territorial cooperation across Europe for all its different strands (cross border, transnational and interregional).

EUR 99.3 billion is the budget provided for the European Social Fund Plus, the key financial instrument to implement the European Pillar of Social Rights, to support jobs and create a fair and socially inclusive society.