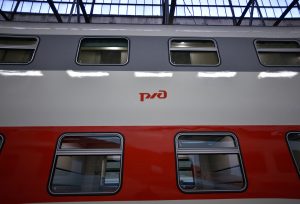 The main difference between the new rolling stock manufactured at the TMH factory in Tver is the use of a pneumatic suspension to ensure a smoother travel and a new body frame gauge to allow for higher ceilings and more space above upper berths on the second floor. The distance to ceiling increased by more than 20 cm, and the passage along the second floor hallway became higher.

Each car has 16 four-berth compartments. Together they form a 2-car unit with a sealed gangway, where one of the cars features a staff room with a control board for both cars and the other car features a service area for placing vending machines, coffee makers, luggage shelves or bike and ski racks.

Instead of cushioned wall panels the compartments now have couches, air conditioning can now be controlled for each individual compartment, each passenger now has a personal safe. Each of the cars contains three lavatories, one of which is equipped with a shower. One of the lavatories in the staff car is designed as accessibility lavatory.

The staff car additionally contains a compartment for a passenger with disabilities and a caretaker. A wheelchair lift for low platforms can be activated at the entrance to the car. In case of an emergency, a special device will help a person with disabilities quickly escape the car.

The interior trim is mostly in grey and light brown colors.

The new cars comply with all requirements to passenger transport. The 2020 line of passenger cars will be produced as part of the long-term contract with Federal Passenger Company, signed in 2019.

The RUB 237 billion (USD 3.15 billion) contract covers the delivery of 3,730 single and double-deck passenger cars expected to be delivered until 2025.