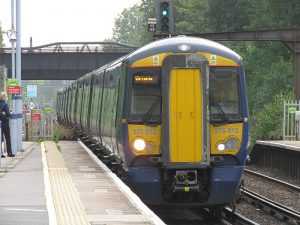 Starting October 17, the British Government will take over the London & South Eastern Railway (LSER, Southeastern) operator from Govia after a serious breach of the franchise agreement’s “good faith” obligation in relation to financial matters was identified, the Transport Secretary Grant Shapps has announced.

The decision follows an investigation which identifies over GBP 25 million (EUR 29 million) of taxpayer money was not declared by LSER, amounting to a significant breach of the franchise agreement, undermining trust.

To date sum has been recovered and further investigations are being conducted by the owning group into all related historic contract issues with London & South Eastern Railway.

“The decision to take control of services makes unequivocally clear that we will not accept anything less from the private sector than a total commitment to their passengers and absolute transparency with taxpayer support,” Grant Shapps said.

The services will be transferred to government’s in-house Operator of Last Resort (OLR) which will ensure passengers see no interruption to their services. The organisation is run by experienced railway managers, who already own and oversee London North Eastern Railway and Northern.

Under the new operator, the government will prioritise the punctual, reliable services passengers deserve, rebuild trust in this network, and the delivery of the reforms set out in the Plan for Rail  to build a modern railway that meets Britain mobility needs.

In future, the government will move the services back into the private sector on a new Passenger Services Contract, allowing private sector investment and innovation to lead the way in delivering a regional railway that works for its passengers.

The government will complete the roll out of the Class 707 trains onto Metro routes to provide more spacious, comfortable journeys, will invest in passenger improvements on the existing fleet of trains and will create an improved security across the network.