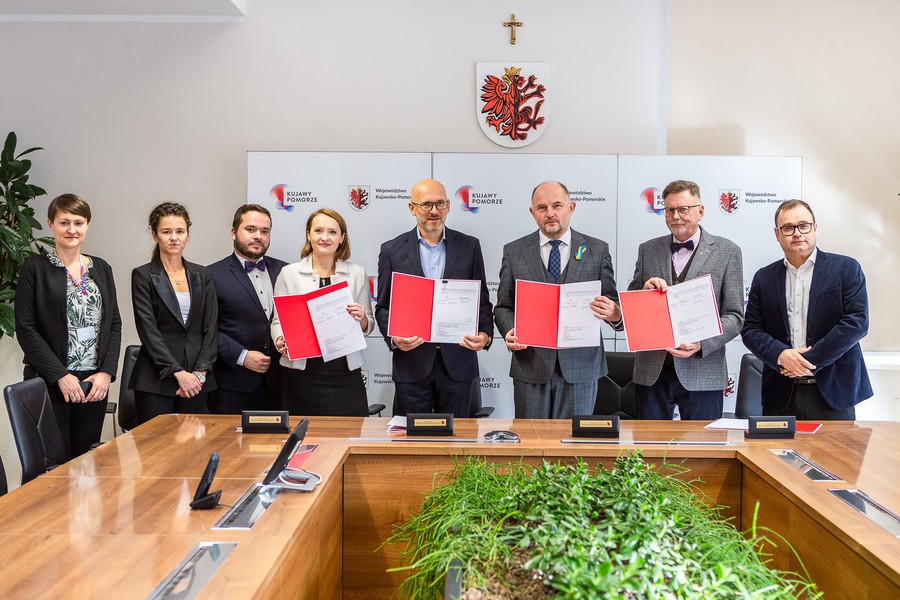 The Marshal of the Kujawsko-Pomorskie Voivodeship, Piotr Całbecki, signed with Arriva and PolRegio the two Public Service Obligation (PSO) contracts for regional rail passenger operation services until 2030. The contracts will enter into force in 2023.

“The contracts developed with carriers protect the interests of the citizens who should have access to public transport. This is the most important thing in these contracts. We now have a time when public passenger rail transport is becoming more and more popular, and we must do our best not to waste this potential,” Marshal Piotr Całbecki said.

Under the procurement procedure for the third and fourth packages, Arriva RP will operate on nine  non-electrified lines:

The Kuyavian-Pomeranian Voivodeship is the first Polish region which opened the rail passenger market. Over the last 15 years, Arriva has worked in close co-operation with the local government, demonstrating how effective a public/private partnership can be, especially when both organisations share a vision for effective transport which connects communities in the right way.

“I’m delighted that Arriva has been successful in winning this contract in Poland.  We have demonstrated long-standing success in rail operations in the region and this award provides continuity for passengers and for our colleagues within Arriva,” Sian Leydon, Arriva Group’s Managing Director for Mainland Europe, said.

In the city of Torun, the Marshal, Piotr Całbecki and Deputy Marshal, Zbigniew Sosnowski, signed with Polregio President Artur Martyniuk the 8-year Public Service Obligation (PSO) contract worth PLN 962 million (EUR 203.6 million) per year with a total of EUR 1.63 billion. This is the first long-term contract in the company’s history to operate in this province.

The decision to award the contract to PolRegio is due to “the solution which allows to effectively plan the investments, to better manage the costs and to increase the accessibility of rail transport. I hope that in cooperation with the voivodship, more connections will appear in the next schedule,” PolRegio President said.

PolRegio will provide regional rail passenger services part of the first and second packages covering the  electrified lines of the Line 208 in the northern part of the region scheduled for electrification after 2025. These connectiuons are:

By the end of this year, passengers will benefit five modern EMUs which will be deployed on the rail lines in the voivodeship. The four-car trains have been purchased from Pesa Bydgoszcz and are equipped with air-conditioning system and are adapted to passengers with reduced mobility.

Recently, the Polish rail operator has announced it has selected four companies to supply 200 EMUs worth EUR 1.2 billion.