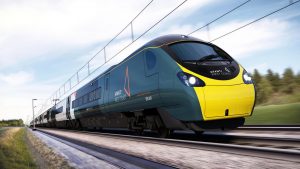 As well as covering a EUR 150 million upgrade programme of the Alstom’s Pendolino trains, which is believed to be the biggest train upgrade programme ever undertaken in the UK, the deal will see Alstom maintain them until 2026 alongside a new train fleet recently ordered from Hitachi.

“The Pendolino is an iconic passenger train and we’re delighted to be giving it a new lease of life. This deal will improve the experience of passengers and ensure the fleet can continue to serve communities up and down the west coast route in the years ahead,” Managing Director of Avanti West Coast, Phil Whittingham, said.

The overhaul will focus on onboard facilities, more comfortable seats, improvements to the shop, revamped toilets, better lighting, new interiors, and the installation of at-seat chargers and improved Wi-Fi throughout. Performance will also be improved through new maintenance programmes.

The first of the tilting Pendolino trains entered service on the London to Glasgow route in January 2003.

The contract will see the creation of 100 jobs, mostly based at Alstom’s Transport and Technology Centre in Widnes, with hundreds more existing engineering jobs secured at key depots in Glasgow, Liverpool, Manchester, Oxley and Wembley.

Starting 8 December 2019, the West Coast Main Line is operated by Avanti West Coast, a joint venture between FirstGroup and Trenitalia.