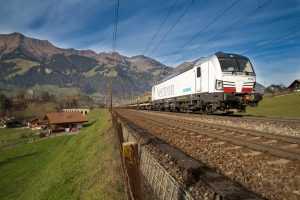 “This acquisition will greatly help the wider development of our passenger activities, with vehicles offering traction speeds of up to 200 kph. We are thrilled to continue providing our customers with state-of-the-art locomotives for corridors towards markets in Scandinavia, Italy and Central and South-Eastern Europe,” Fabien Rochefort, CEO of the Akiem group said.

The ordered Vectron multisystem cross-border locomotives have a maximum output of 6.4 MW and a top speed of 200 km/h. They are equipped with the required national train control system and the European Train Control System, ETCS. The new locomotives will be used for passenger transport services on the rail corridors in Scandinavia, Italy and Central and South-Eastern Europe.

With this new contract, Akiem confirms its leadership of the European leasing market and its ambition to supply European freight and passenger operators with appropriate, efficient rolling stock.

The Vectron locomotives are used for both freight and passenger service. They can be delivered as a purely electrical version for operating with alternating current (AC) or direct current (DC) power systems as well as a multisystem (MS) variant in the power classes 5.2 MW, 5.6 MW and 6.4 MW. Along with the desired national train control system, the locomotives can also be equipped with the latest European Train Control System (ETCS). The locomotives are built in the Siemens Mobility plant in Munich-Allach, Germany and the first Vectron was delivered in 2012.

Siemens Mobility has sold 1,156 Vectron locomotives to date, including 767 Vectron MS units, to 58 customers in 16 countries. The Vectron fleet has so far accumulated over 500 million kilometres in service.