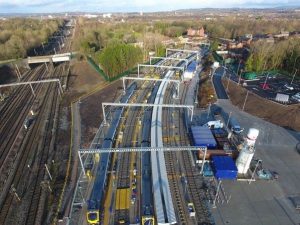 The GBP 46 million (EUR 54.2 million) depot provides additional space for Northern to stable and maintain 24 electric and 8 diesel trains overnight in preparation for services across the north the following day.

Senior representatives from the DfT, Arriva Rail North, Network Rail and Wigan Council will be available for interview on the day.

The facility has a 2.5 km of tracks, 46 new pylons and 2.65 km of overhead line equipment. Five new service platforms have been built and 1,000m of walkways for staff to operate the facility safely.