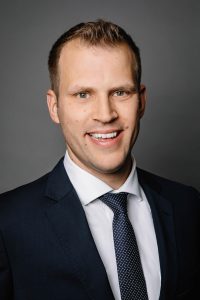 Daniel Baer will be the Executive Vice President Service at Stadler, after Jürg Gygax, that was also a member of Stadler’s Group Executive Board has decided to retire in March after more than three decades in top positions in the Swiss industry.

At Stadler, Gygax has led the Division Service, which he has been responsible for since 2013, to significant growth. He will continue to work for Stadler in a consulting role.

Daniel Baer started to work at Stadler in 2004 and will succeed Jürg Gygax as Executive Vice President Service and member of the Group Executive Board.

Currently, Baer is a member of the executive board of Stadler Service AG. Before his current function, he has held different specialist and management positions within the Division Service. He had also held positions at ABB and Huber+Suhner. Daniel Baer holds a master’s degree in engineering and management from the Zurich University of Applied Sciences and a degree in engineering from the ABB Technikerschule based in Baden, Germany.

Before deciding to study at university, he successfully completed an apprenticeship as an electrical fitter. The current Head of Stadler’s Service Region Middle, Benjamin Niederhauser, was appointed as Daniel Baer’s deputy.

“On behalf of Stadler’s Board of Directors, I would like to thank Jürg Gygax for his great commitment and all his remarkable achievements. I also congratulate Daniel Baer and Benjamin Niederhauser on their new positions and wish them every success in their new roles. I am looking forward to continuing our cooperation,” Peter Spuhler, the CEO of Stadler said.

The Service Division has currently 1,300 employees in more than 19 countries. The customers can benefit various services such as full service, modernisations and overhauls carried out in more than 45 locations in 19 countries. The Division Service, providing these services and being led by Jürg Gygax until the end of March 2021, is growing strongly. The fleet maintained by Stadler’s Division Service is able to cover a mileage of over 220 million kilometres each year.