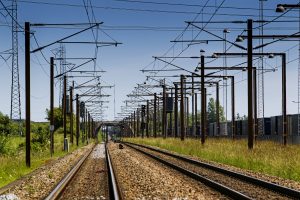 Thales has commissioned the deployment of the ERTMS signalling system on the railway line between Langå, Struer and Holsterbro, marking the third line in Western part of Denmark which is equipped by Thales.

On this railway line, the infrastructure manager Banedanmark has finished the installation of the new IT-based signalling system, ERTMS L2. The system which is developed by Thales will reduce signal errors and secure more trains on time.

Together, Banedanmark and Thales are the first in the world to nation-wide put the second generation, Baseline 3 ERTMS L2 into commercial operation.

By the end of this year, Banedanmark will take the new ERTMS signalling system into use on two more rail lines between Køge and Næstved and between Mogenstrup and Rødby

The trains will use Europe’s most modern signalling system to ensure that passengers and freight transport services between the cities of Langå, Struer and Holstebro will benefit from a state of the art, signalling system. At the end of 2019, Denmark has put into commercial operation its first line equipped with the ERTMS.

Denmark is the first country in Europe that has decided to replace all analogue signalling systems with a digital IT system. A complete upgrade of the rail signal systems, this is one of the most ambitious infrastructure projects in Europe.