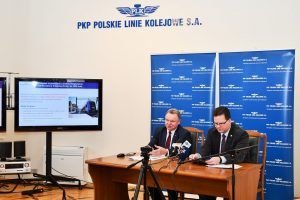 47 applications have been submitted to the Kolej Plus programme implemented by the Polish rail infrastructure manager PKP PLK that started the assessment of the studies. The proposed projects with an estimated value of PLN 18 billion (EUR 3.93 billion) cover 1,500 km of lines.

The aim of the programme is to provide rail connection to the 42 cities included in the documents, of which 24 with more than 10,000 inhabitants do not have access to the rail services.

“We welcome such great interest of local governments in the Kolej Plus programme. This shows that railways are an important element in the development of the regions. Our goal is to counteract communication exclusion,” Andrzej Bittel, secretary of state in the Ministry of Infrastructure said.

The largest number of studies of preliminary planning and forecasting studies was commissioned by applicants in four voivodships (Śląskie-15 studies, and Wielkopolskie, Małopolskie and Lubelskie with 5 studies each). Four projects were submitted in Mazovia and Lower Silesia provinces, two projects in Lubuskie and Łódź provinces and 5 other provinces included one project each.

For each of the submitted applications a financing of a minimum of 15% is important as well as the commitment and financing for introducing 4 pairs of trains for five years.

At the beginning of 2021, 65 eligible projects entered the second stage of the programme.

The Kolej Plus initiative (also known as Kolej+) is planned to be implemented by 2028 improving the living conditions of the inhabitants and increase the attractiveness of many regions. The programme worth PLN 6.6 billion (EUR 1.45 billion), of which PLN 5.6 billion (EUR 1.2 billion) will be covered by the government while PLN 1 billion (EUR 218.7 million) will represent the investment provided by the local governments.