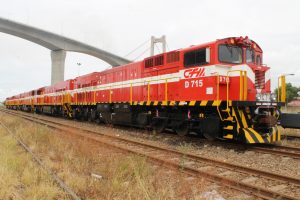 U.S.-based Railnet International has announced the plans to invest USD 11 billion for the construction of a railway line connecting Zambia, Zimbabwe and Mozambique, including the procurement of the rolling stock.

The CEO of Railnet, Donald Kress, has said in an interview with Reuters that he is negotiating with the government of the three states and an agreement was already signed for the feasibility study of the project on Zambia territory. Misheck Lungu, the Secretary of Transport Ministry, which has signed the agreement, said that this project will see the beginning of a new railway infrastructure across the country. The studies are expected to begin within the next six weeks.

The line will start from Copperbelt province in Zambia to the Beira Port in Mozambique, crossing Harare the Zimbabwe’s capital.

The project will be implemented under a PPP agreement with the government providing only the needed land.

The railway line will run to the existing line, allowing freight trains to run at speeds of 120 km/h and passenger trains, at 160 km/h.

The construction works are expected to start in January 2021.