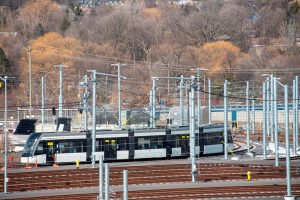 The construction is expected to begin in spring 2021, with major tunnel boring works to start latest in the summer of 2022. 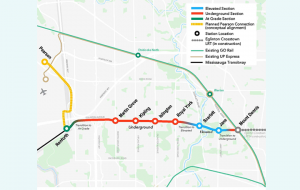 The Eglinton Crosstown West extension advance tunnel scope of work includes 6 km of tunnelling for the 9.2 km extension, the design and construction of launch and extraction shafts, tunnels, as well as headwalls for emergency exit buildings and stations. The consortium will also deliver the tunnel boring machines and install segmental precast concrete tunnel liners and will perform the necessary activities to build the tunnel such as utility relocations, supports for shaft and headwalls, temporary power supply, lighting, ventilation, and drainage. 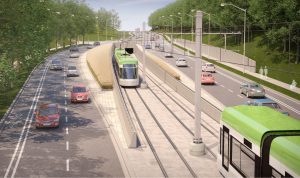 The advance tunnel is the first phase of the Eglinton Crosstown LRT extension (the future TTC Line 5), which will run mostly underground, westward from the future Mount Dennis station to Renforth Drive.

Once complete, the LRT extension will connect to different transit services, including the GO Kitchener Line and UP Express train service at Mount Dennis, TTC bus services at transit stops in Toronto, and GO and MiWay bus services via the Mississauga Transitway.

A separate contract will be issued in the future for the construction of the new stations, fitting-out the tunnel and installing and commissioning the systems to put the LRT in service. In august 2020, the IO has unveiled the three shortlisted for this contract which will be awarded this year.

The entire project is expected to be completed by 2030.