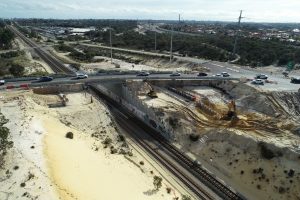 The Government has secured more than AUD 1.5 billion (USD 1 billion) in funding for Metronet projects from the Commonwealth Government, allowing the major projects to be delivered with responsible financial management.

The budget secures the Government’s commitment to deliver projects such as the Morley-Ellenbrook line, the Byford rail extension and the new Midland Station.

The 2020-21 state budget for Metronet includes:

Metronet public transport projects will be also supported by investment in a large number of road projects, and additional projects funded through the Public Transport Authority’s 2020-21 budget which includes AUD 8 million (USD 5.7 million) to upgrade Cannington, Gosnells and Kelmscott stations to ensure they comply with the Disability Discrimination Act, AUD 7 million (USD 5 million) to upgrade the level crossings on the South-West Main Line and AUD 1.8 million (USD 1.3 million) to install solar panels on up to 60 bus and train stations.

Metronet comprises 16 projects of which 7 are under construction this year with additional projects in planning due to commence later this year or in 2021.

Other major projects are in procurement phase, with works to commence shortly, including the anticipated Byford rail extension, new Midland station and the removal of three level crossings along the Inner Armadale Line.