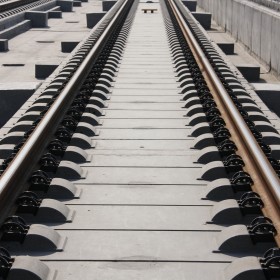 The delivery of the rail fastening systems by Vossloh is scheduled to begin already this year, with completion of the project expected in the course of 2024.

The order will be carried out by subsidiary Vossloh Fastening Systems GmbH, which is headquartered in Werdohl.

“The new rail line will be designed for speeds of up to 250 km/h. It will shorten the travel times of millions of people by up to 50 percent while producing more than 70 percent fewer carbon emissions than road traffic. We are delighted to be able to make a substantial contribution to this landmark project in this region. Our extensive experience with the equipment of high-speed lines will allow us to create significant value for our customers,” Jan Furnivall, Executive Board member of Vossloh AG said.

The El Alamein–Ain Sokhna high speed rail line will be 460 km long connecting the cities along the corridor linking Mediterranean Sea with the Red Sea.

Another high-speed line is also planned between El Alamein and Mersa Matruh, which means that the planned double track line will be approximately 660 km long. 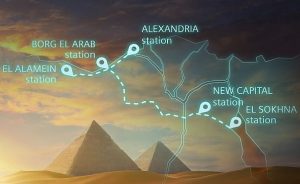 Egypt plans additional massive investments to develop its railway system over the next few years, including the construction of a high-speed network which is to be expanded to over 1,800 km in the future.  Besides the two high-speed lines, there are plans to build a new railway line connecting the Greater Cairo region with the 6th October City.